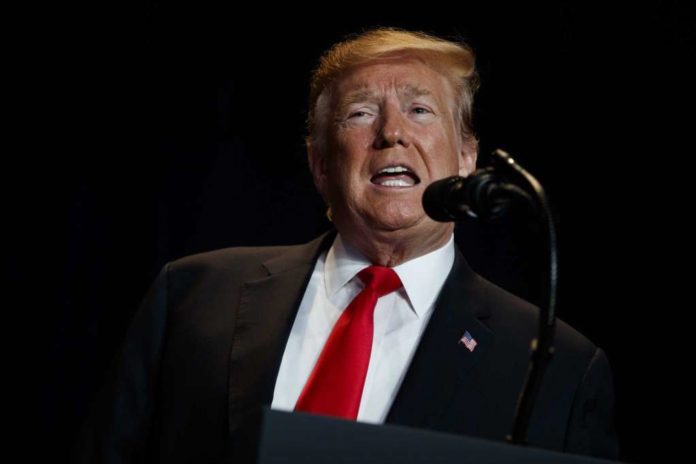 Speaking at the National Prayer Breakfast on Thursday morning, President Donald Trump made a very odd remark that left many scratching their heads trying to determine exactly what was saying.

At one point in his speech, Trump remarked:

“Since the founding of our nation, many of our greatest strides from gaining our independence to abolition of civil rights to extending the vote for women have been led by people of faith.”

Teleprompter problem? Trump says people of faith have led in the “abolition of civil rights” during remarks at the National Prayer Breakfast pic.twitter.com/X1irymeqx8

Clearly, Trump must have misspoken, confusing the abolition of slavery for civil rights and not knowing that the word means.

In that same speech, Trump also touched on subjects of the greatest importance to the evangelical Christian community that has so warmly embraced the most immoral man to ever serve as president. On abortion, he noted:

“All children born and unborn are made in the holy image of God.”

The president also told the gathering, which included Speaker of the House Nancy Pelosi:

“I will never let you down. I can say that. Never.”

Trump’s mention of civil rights and people of faith stands in sharp contrast to the reality of the role evangelicals have played in equality for others. Over the years, the conservative Christian community has repeatedly tried to deny rights to African-Americans, LGBT citizens, and immigrants.

I told you…HE CAN NOT READ!

Sometimes even a drunk will hit the urinal while he’s spraying the rest of the bathroom.