The United States Blues
Home Polls Trump gets brutally fact-checked after claiming support for impeachment is ‘dropping like... 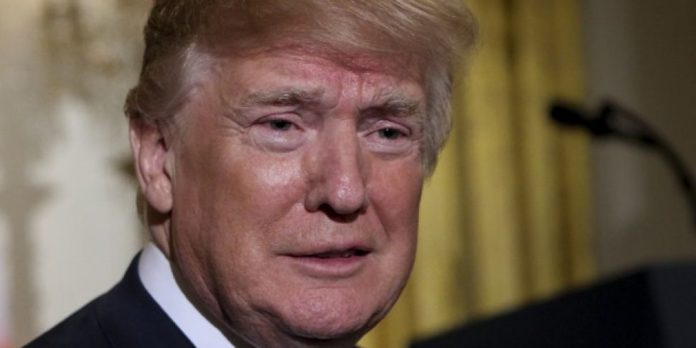 According to President Donald Trump, the vast majority of Americans don’t want him impeached, and support for impeachment is “down into the 20’s in some Polls.”

But that’s simply not true.

Support for Impeachment is dropping like a rock, down into the 20’s in some Polls. Dems should now get down to work and finally approve USMCA, and much more!

However, David Martosko of the Daily Mail notes that the lowest percentage of support for impeachment in any current poll is 43 percent, which comes from a Emerson University sample released just last week:

The lowest support for impeachment in any public poll since they started coming out in September is 43% (Emerson University poll last week). None of those surveys has ever shown that 50% of the country or more opposes impeachment. https://t.co/1d8rNTKnoe

Others on social media then joined in ridiculing Trump’s fake poll numbers:

I have not seen a single poll showing support for impeachment in the 20s.

Rolling FiveThirtyEight average shows 51% support an inquiry, while about 46% back impeachment and removal https://t.co/vE79Wo7i5x https://t.co/jRgOh3udnR

As he has done before, the president is referring to what polls show *only about Republican respondents* not voters in general. https://t.co/VZ4yw3eEuO

There are no such polls showing this. The majority of Americans still support impeachment. https://t.co/JgCTJO4Crx https://t.co/lbowtawZR2

Where, the Lou Dobbs and his Pet Rock Poll?

Some polls without a link. I guess the link is inside your head.

If this were true in any way, you would have links or pictures.

I think it’s a poll of his own family members. 20% of them want him thrown in jail.

But since that appears to have changed, support for YOU is down to the low 30’s in some polls.