The United States Blues
Home Business Is Trump Finally Getting His Revenge On CNN? 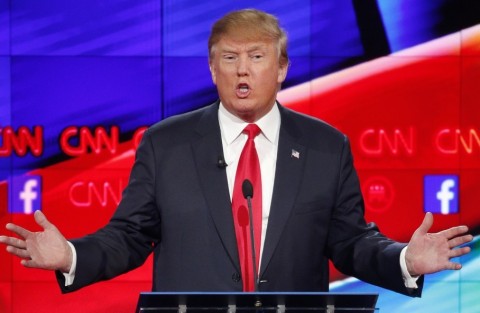 AT&T’s acquisition of Time Warner may be under the threat of legal action by the Department of Justice, CNN Money reports.

There is speculation that the Justice Department’s refusal to approve the deal might be Trump’s way of getting back at CNN. Currently, both sides are arguing publicly over what the dispute is about.

You have to wonder if Trump has anything to do with this given his public vendetta against CNN.

Three sources identified that the Department of Justice’s antitrust chief met with AT&T on Monday and offered a stark choice: either sell off CNN’s parent unit, Turner, or sell DirecTV. Otherwise, the deal will not be approved and the Justice Department will take the companies to court.

Why such a specific request?

A DOJ source reports that the companies made an offer to put CNN up for sale in order to get the deal done. Another source says that “the parties offered to divest from CNN and the DOJ Antitrust Division flatly rejected it.”

Shortly after the DOJ made that announcement, the CEO of AT&T Randall Stephenson rejected that account.

“Until now, we’ve never commented on our discussions with the DOJ. But given DOJ’s statement this afternoon, it’s important to set the record straight. Throughout this process, I have never offered to sell CNN and have no intention of doing so.” – Stephenson

In a statement released later on Wednesday afternoon, a DOJ spokesperson said, “The Department is committed to carrying out its duties in accordance with the laws and the facts. Beyond that, the Department does not comment on any pending investigation.”

Apparently, such a demand by the DOJ would be highly unusual. AT&T was expecting to complete the acquisition by the end of the year, and now that date is uncertain. The Justice Department is reportedly considering an anti-trust lawsuit to block the acquisition.

“Threatening Turner is a fig leaf for threatening CNN,” said a source.

Trump has repeatedly attacked CNN. As a candidate, he promised to block the transaction from taking place. Could Trump be using the deal to get back at the network for their critical coverage of his policies and administration?

If so, we have a problem.

When asked whether Trump has any involvement on CNN’s “Reliable Sources” (although I must admit that I have no idea why CNN would consider Kellyanne Conway a “reliable source”), she replied, “we’re not going to interfere with that here.”