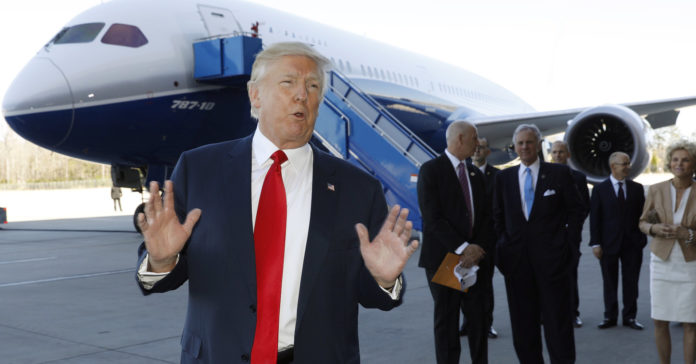 Just days after the crash of an Ethiopian Airlines 737 that killed all 157 passengers aboard, President Donald Trump thought he’d add his two cents worth to the debate, declaring on Twitter that modern airplanes are too “complex” and require “Albert Einstein” to fly them:

Airplanes are becoming far too complex to fly. Pilots are no longer needed, but rather computer scientists from MIT. I see it all the time in many products. Always seeking to go one unnecessary step further, when often old and simpler is far better. Split second decisions are….

….needed, and the complexity creates danger. All of this for great cost yet very little gain. I don’t know about you, but I don’t want Albert Einstein to be my pilot. I want great flying professionals that are allowed to easily and quickly take control of a plane!

There has been early speculation that the recent crash might have been caused by the plane’s automated piloting safety system, but the actual cause of the crash in Ethiopia has not yet been determined.

Since Trump is now claiming to be an expert on aviation, it seems only fair that we present the opposing view from Twitter:

You don’t know what you’re talking about Gramps, put the phone down. pic.twitter.com/jh9n9IOszV

oh god, now he imagines that he’s an aerospace engineer. the unearned confidence of a mediocre white man is really an amazing thing to behold

Yeah, heck, why bother with smartphones and computers either? We should just go back to rotary phones and typewriters!

Hey, at least you wouldn’t be able to tweet these ridiculous messages.

My dude, you cannot even functionally operate an umbrella. Sit this one out.

The new model of Air Force One is coming along nicely! pic.twitter.com/ToBaqqfwyU

Wouldn’t it be wonderful if we actually had a president who knew how to do more than lie, tweet, and watch Fox News?