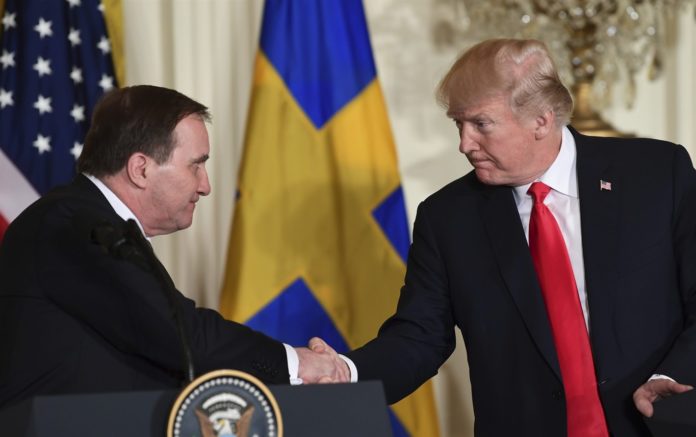 Against the advice of his economic advisors and members of the Republican party, last week President Trump announced steep tariffs on foreign steel and aluminum. According to reports coming out of the White House, the proclamation was a result of the stress Trump has been under lately. After his “unhinged” outburst, the Dow Jones Industrial Average dropped nearly 500 points. Critics and advisors alike warned the president that unilateral tariffs would spark a trade war and could have damaging global trade implications. Still, he held fast.

This week, Electrolux, a Swedish appliance manufacturer announced they would no longer build their 250-million-dollar plant in Tennessee as they had planned because the cost of steel in the US would harshly impact the company’s bottom line. But he would not budge.

In an effort to coerce Canada and Mexico to renegotiate NAFTA, Trump dangled the steel and aluminum tariffs as a trade-off, but neither country took the bait. European Commission President Jean-Claude Juncker pushed back and announced that President Trump’s inflammatory announcement would require Europe to consider taxing popular American imports such as Kentucky Bourbon and Levi’s Jeans. Trump refused to reconsider.

Today, during a joint press conference with Sweden’s Prime Minister Stefan Löfven, President Trump defended the tariffs, claiming that the US is being taken advantage of in global trade.

“The European Union has been particularly tough on the United States; they make it almost impossible for us to do business with them,” the president said.

“And yet they send their cars and everything else back into the United States and they can do whatever they’d like. But if they do that, then we put a big tax of 25 percent on their cars and they won’t be doing it very long. The European Union has not treated us well. And it’s been a very, very unfair trade situation.”

“As a member of the European Union, I think it is important for us to find a way to cooperate between the European Union and the United States. I fully understand and respect the president’s view that he has to look after his own country, that is my task as well. But for me leading a small country depending on open trade, the best way for us is to do that with others. Our export equals 50% of our GDP, so for us it is crucially important that we have an open and free trade.”

Löfven’s final assessment? “It was a pity,” he said.
Shortly after the press conference, President Trump faced another consequence of his immovable stance on these tariffs when he received the news that his top economic advisor, Gary Cohn resigned. The former head of Goldman Sachs, who has been with the president since the beginning of his administration, was becoming increasingly alienated by Trump’s attitude on trade. He opposed the sweeping nature of Trump’s steel tariffs and had planned to meet with the president and members of the GOP to discuss the implications of the decision. There is no word whether that meeting will go as planned. Cohn is expected to stay for a few more weeks.
Watch the press conference with President Trump and Prime Minister Löfven here:
Featured Image – Modified screenshot via You Tube