The United States Blues
Home National News Trump: I Try To Tell The Truth ‘When I Can’ 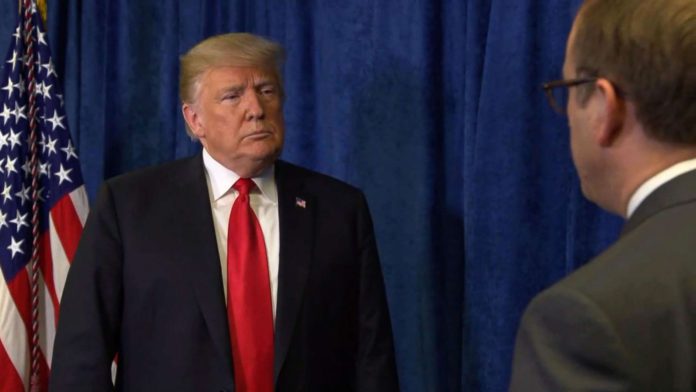 Ever since he first announced he would run for office, President Donald Trump has been at war with facts and the truth, preferring his own version of reality to the one accepted by the rest of us. This has led some to suggest that the president is a pathological liar.

But according to Trump in a new interview with Jonathan Karl of ABC News, he always tries to be honest with the American people:

“I try. I do try. And I always want to tell the truth. When I can, I tell the truth. And sometimes it turns out to be where something happens that’s different or there’s a change, but I always like to be truthful.”

.@jonkarl asked Pres. Trump whether he has ‘always been truthful’ to the American people:

“When I can, I tell the truth. And sometimes it turns out to be where something happens that’s different or there’s a change, but I always like to be truthful.” https://t.co/OFtEsx7q2U pic.twitter.com/Iya55Uy3Ih

Yet in the very next breath, Trump resorted to lying about the immigrant caravan from Central America that he claims is preparing to “invade” the United States:

“You have caravans coming up that look a lot larger than it’s reported actually. I’m pretty good at estimating crowd size. And I’ll tell you they look a lot bigger than people would think.

The president also doubled down on a lie being told by him and many Republicans seeking reelection: That they plan to protect Obamacare and those with pre-existing health conditions:

Trump tries to tell the truth when he can? Quite clearly, he isn’t trying very hard.