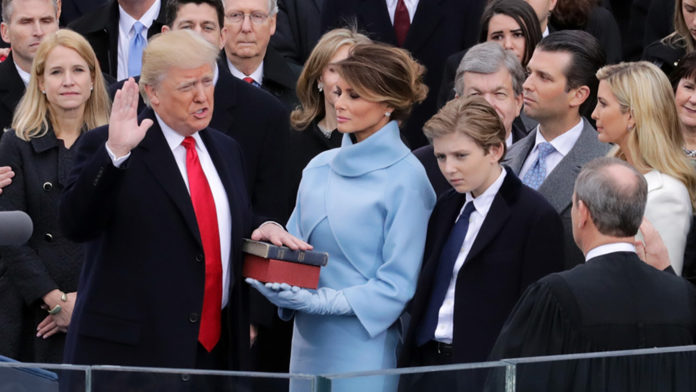 Thanks to some excellent reporting from the Wall Street Journal, we now know that federal investigators are taking a close look at the 2016 Trump inaugural committee and the staggering amount of money — over $100 million — that was raised.

“Citing conversations with people familiar with the investigation, which is being handled by the US Attorney’s office in Manhattan, the Journal reported that prosecutors are also looking into whether the committee accepted donations from individuals looking to gain influence in or access to the new administration.

“The newspaper notes that ‘giving money in exchange for political favors’ is illegal, as is misuse of any donated funds. The committee was registered as a nonprofit.”

“There are three crimes, potentially, in play here. One is a prohibition against foreign donations to an inaugural fund. The other is for donating money in exchange for political favors, and the third is misuse of donated funds.”

Kirschner then added that while President Donald Trump may again try to say he knew nothing about the inaugural committee violating the law, the facts suggest otherwise:

“Hold on tight because here we go again.

“We’ve all heard reported over and over again that nothing really happened without consultation with Donald Trump, certainly with his organization. We can assume that pattern may have held when he was in that period when he was the president-elect into the time after his inauguration.”

If there’s one thing we know about Donald Trump, it’s that he demands to know where every penny goes. He even complained to advisers that he should be allowed to keep unspent funds from the inauguration, even though that’s in direct violation of numerous campaign finance laws.