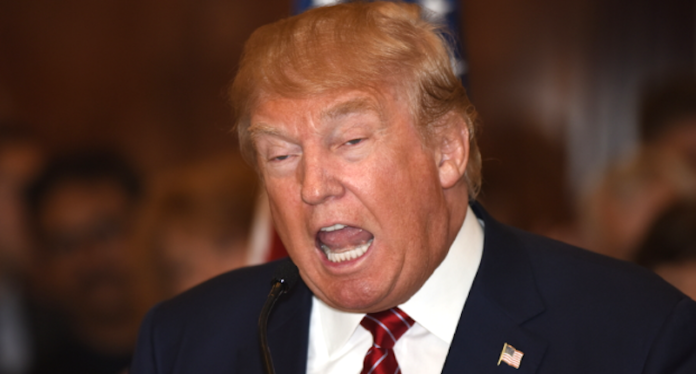 President Donald Trump took to Twitter Wednesday morning while watching Fox & Friends to brag about his handling of North Korea and ISIS in Syria, insisting that everything is fine despite what U.S. intelligence officials told Congress on Tuesday.

For months, Trump has been insisting that ISIS is defeated in Syria and claiming that North Korea is no longer a nuclear threat to the United States.

On Wednesday, Trump did more of the same in a new Twitter rant.

When I became President, ISIS was out of control in Syria & running rampant. Since then tremendous progress made, especially over last 5 weeks. Caliphate will soon be destroyed, unthinkable two years ago. Negotiating are proceeding well in Afghanistan after 18 years of fighting..

….Fighting continues but the people of Afghanistan want peace in this never ending war. We will soon see if talks will be successful? North Korea relationship is best it has ever been with U.S. No testing, getting remains, hostages returned. Decent chance of Denuclearization…

…Time will tell what will happen with North Korea, but at the end of the previous administration, relationship was horrendous and very bad things were about to happen. Now a whole different story. I look forward to seeing Kim Jong Un shortly. Progress being made-big difference!

First of all, ISIS was not “running rampant” in Syria when he took office. Under former President Obama’s strategy, which Trump continues to benefit from, ISIS had already been greatly reduced.

As for ISIS being defeated, that claim was directly contradicted by Director of National Intelligence Dan Coats during a Senate Intelligence Committee hearing on Tuesday.

“ISIS is intent on resurging and still commands thousands of fighters in Iraq and Syria,” Coats said, adding that the terrorist group “very likely will continue to pursue external attacks from Iraq and Syria against regional and Western adversaries, including the United States,” and “has returned to its guerrilla warfare roots while continuing to plot attacks and direct its supporters worldwide.”

That doesn’t sound like a defeated or destroyed ISIS. It sounds like Trump got busted for lying by his own intelligence officials and is doubling down on his lies.

As for North Korea, Trump has been getting duped for months as dictator Kim Jong Un continues to manufacture missile facilities and add to his nuclear stockpile while moving the goalposts on denuclearization, which now includes a demand that the United States remove all military forces from the region as a prerequisite, a move that would put our key allies of South Korea and Japan at risk.

CIA Director Gina Haspel warned the committee that North Korea “is committed to developing a long-range nuclear-armed missile that would pose a direct threat to the United States.”

Clearly, Trump is lying through his teeth about two major national security issues in an effort to brag about his foreign policy. But all he’s really doing is undermining our national security, which puts millions of American lives in jeopardy. Trump is pretending that he has dealt with ISIS and North Korea successfully, and if he continues to do so the threat of a terrorist attack or nuclear strike on American soil increases. Trump needs to stop lying and start actually putting the safety of the American people first instead of his ego.