The United States Blues
Home Elections Trump Is A ‘Subject’ Instead Of A ‘Target’ In Mueller’s Probe, And... 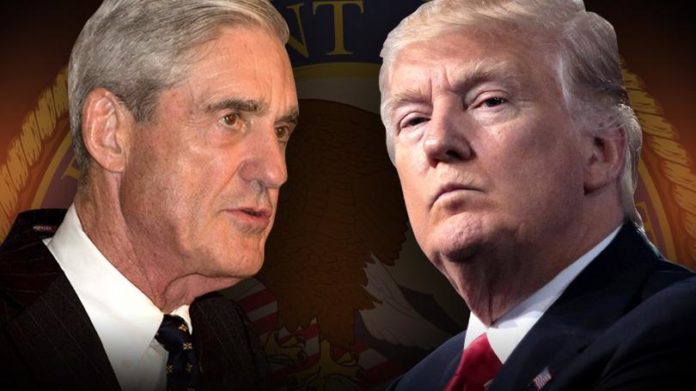 President Donald Trump is probably ecstatic today, and that’s because he doesn’t understand the full import of the report from the Washington Post which broke Tuesday evening saying he’s not a target in Robert Mueller’s Russia probe.

“Special counsel Robert S. Mueller III informed President Trump’s attorneys last month that he is continuing to investigate the president but does not consider him a criminal target at this point, according to three people familiar with the discussions.

“In private negotiations in early March about a possible presidential interview, Mueller described Trump as a subject of his investigation into Russia’s interference in the 2016 election. Prosecutors view someone as a subject when that person has engaged in conduct that is under investigation but there is not sufficient evidence to bring charges.”

Sounds good, doesn’t it? But there’s more to the story than just the first two paragraphs of the Post article.

Here’s the problem: Just because the president isn’t a target today doesn’t mean that can’t change in the next 24 hours, week, month, or even seconds after he talks to Mueller’s team of investigators or a grand jury.

“As a practical matter, federal prosecutors typically don’t decide until late in an investigation whether they will charge a person who is under investigation. Usually prosecutors don’t make that judgement until they’ve interviewed witnesses and reviewed the relevant documents. … All today’s news tells us is that Mueller hasn’t decided to indict Trump at this time. If Trump’s lawyers know what they’re doing, they’ll tell him he’s still under great risk.”

The other possibility is that Mueller has let Trump and his attorneys in on the fact that he’s not a target to lull them into a false sense of security. That way Trump finally agrees to sit down for an interview with the prosecutors working on the Russigate probe.

During an appearance on CNN Tuesday evening, former CIA counterintelligence official Phil Mudd had this to say about the report from the Washington Post:

“I mean this is significant. The president is the subject of a criminal investigation. If he goes into questioning in a room and he lies about what he’s done or said over the course of time, he could transition from a subject to a target.”

Robert Mueller hasn’t given President Trump the “all clear” sign with what he told Trump’s attorneys. He’s just waiting for Trump to hang himself with his own words and actions.