The United States Blues
Home News Trump Jr. claims his dad brought back the American Dream and gets... 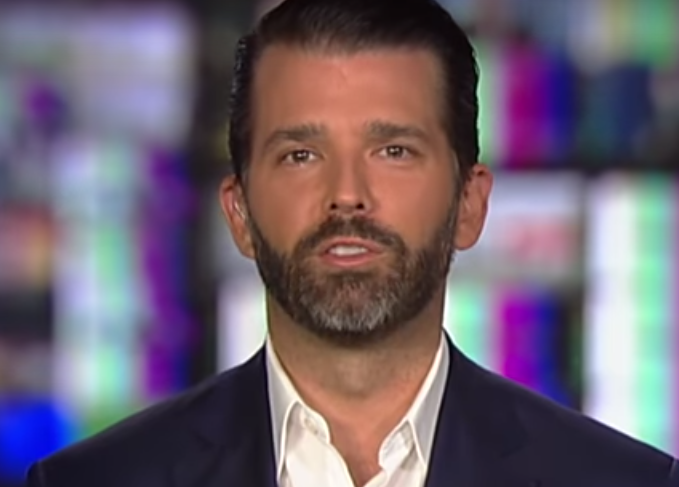 Donald Trump Jr. desperately sought daddy’s love and approval on Twitter Tuesday by claiming President Donald Trump brought back the “American Dream,” only to be brutally humiliated instead.

Trump Jr. frequently brags about his dad and attacks his political opponents. And it always backfires on him, like when he mocked former Vice-President Joe Biden for seeking a cure for cancer in the wake of his son Beau dying from the disease.

If that wasn’t sickening enough, Trump Jr. tried to claim that his dad brought back the American Dream and had the gall to say that he’s doing it for the children as migrant children continue to be kidnapped from their parents and placed in concentration camps where they are horribly treated and sometimes die because of it.

For the last 50 years our biggest net export has been The American Dream, but because of @realDonaldTrump we’ve brought that American Dream home, where it belongs.

He’s doing this for you, your children, and for your grandchildren.
Let’s Keep America Great! #2020

The problem is that the only ones really experiencing the “American Dream” right now are wealthy people who benefited from Trump’s tax giveaway. Twitter users not only reminded him of that fact, but informed him that his constant sucking up won’t make daddy love him.

The only freedom, liberty and happiness Trump believes in, is his own, not yours, not mine, NOBODY BUT HIMSELF

Yeah but NOW the “American Dream” is to put you, your father and your entire despicable pieces of human garbage, CRIME family in PRISON for the rest of your grifting little lives, you miserable failure of a human being 😉

I think most people would agree MAGA is when your dad is six feet under.

Any Trump talking about children now is beyond insulting

That’s funny. Especially coming from someone who’s never had to work a day in his life.

Translation: we’re locking brown kids in cages so white kids can continue to live in trailer parks and die of opiate overdoses while my family and I steal all the Treasury’s money!!!

Ask the farmers about their dreams

This is no dream.
It’s an apocalyptic nightmare. pic.twitter.com/ajovObVDqe

I dream of being able to afford to go to the doctor.

They too had a dream…… pic.twitter.com/vDuUoZMq4O

Perhaps even more devastating and embarrassing is that Trump shared tweets from his other kids and even his son-in-law Jared Kushner, but not this one by Trump Jr.

That has to sting.