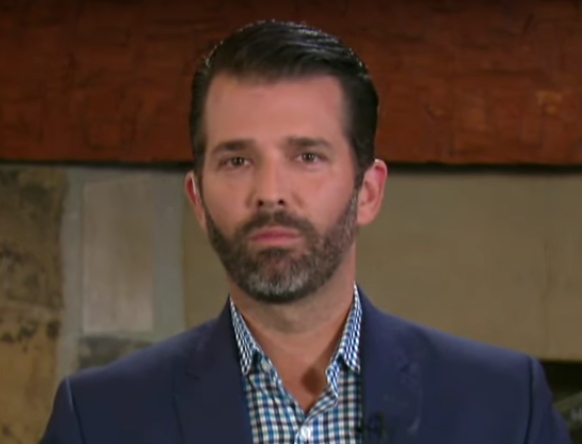 Omar is one of the four Democratic congresswomen of color President Donald Trump viciously attacked in a racist rant two weeks ago telling them to “go back” where they came from even though all four are American citizens and three of the four were born in the United States.

The backlash against Trump has been tremendous, so of course it didn’t take long before one of his children tried to do some gaslighting of their own to distract from the dumpster fire their dad started.

Trump Jr. tried to distract from his dad’s racism by accusing Omar of inciting violence against Republicans just because she retweeted a joke by Tom Arnold mocking Senator Rand Paul (R-Ky.), who recently blocked and then voted against the 9/11 first responders bill.

Congresswoman Ilhan Omar retweeting calls for political violence against @randpaul. I’m not surprised, and look forward to the forthcoming silence from the media on the issue. pic.twitter.com/r9BQloVoL9

Seriously, nowhere in Arnold’s tweet is there a call for violence. He merely referenced Paul being tackled by his neighbor, an attack that itself was not politically motivated, but over trees that lowered his neighbor’s property value and cutting his grass so short it made his neighbor’s neatly cut lawn look uncut.

And Omar did not even say anything about violence herself, but she has had plenty of death threats from conservatives because of attacks by Trump and Trump Jr., this latest false accusation included.

Get away. She retweeted coz the shit Tom Arnold (a comedian) tweeted was just hilarious, crazy funny.

Not about to get GASLIGHTED by another Tump! Lol ?

She retweeted a COMEDIAN talking about his neighbor pulling Rand’s a toupee off, snowflake. ??

You are quite the p?ssy!

She has been threatened with worse, but if you snowflakes want to be triggered by a comedian making a joke about a toupee, good luck with that.

it’s not a call to violence, simpleton

That wasnt a call for violence it. Was a recap on what has already transpired moron .Rand Paul and his neighbor had a physical confrontation in the past .Its nothing everyone doesnt already know .you are such a coward and liar

That’s not what it says.

How about daddy’s tweets. Now those are the violent hate filled dog whistles.

If this is best Trump Jr. can come up with in an effort to smear Omar, he must be truly desperate.