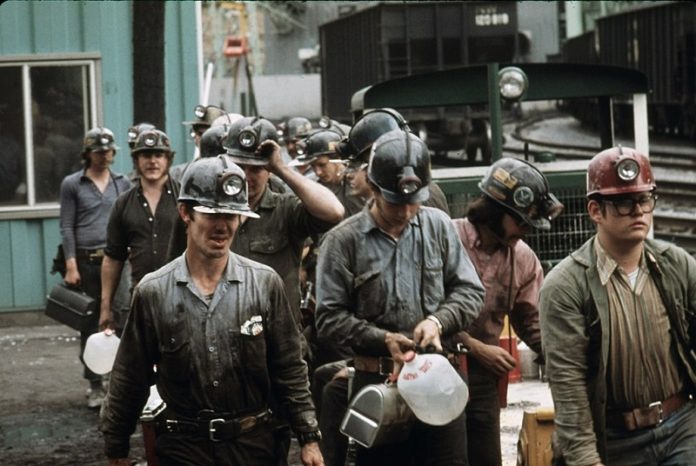 President Donald Trump campaigned on bringing back jobs to coal miners. He posed for staged photographs during his campaign rallies with miners who the mine owners ordered to attend. Meanwhile, Trump sucked up to the mine owners and promised to deregulate the industry to make it more profitable for them. But at what cost?

Apparently, at the expense of lives. More coal miners have died in mine accidents since the Trump administration rolled back many of the industry’s safety regulations. Job-related deaths are already surging beyond last year’s numbers. While many of the deaths, according to federal safety officials, are attributed to young miners who are new to mining, the coal miners’ unions maintain that the mine safety agency is not taking a path toward fixing the problem.

Last year there was a record low of eight deaths in the coal mines, due in large part to safety regulations imposed during the Obama administration. So far this year ten miners have lost their lives on the job. Response to the increase in deaths is happening – but not quickly, and not nearly enough. From CBS News:

The U.S. Mine Safety and Health Administration is responding to the uptick in deaths with a summer initiative, sending officials to observe and train miners new to a particular mine on safer working habits. The push comes during a transition for the agency, amid signals from President Donald Trump that he intends to ease the industry’s regulatory burden.

The United Mine Workers of America says the effort falls short, noting that if problems are spotted during the training visits, the inspectors have no authority to dole out punishments or fines for safety violations – meaning there is no way to enforce that proper safety measures are followed. UAW president Cecil Roberts wrote a letter to the agency stating:

To take away the inspector’s right to issue a violation takes away the one and only enforcement power the inspector and the agency has.

In an effort to displace the blame for the accidents, deputy assistant secretary Patricia Silvey of the Mine Safety and Health Administration (MSHA), stated that eight of the dead miners “had less than a year’s experience at the mine where they worked.” She also added:

We found from the stats that category of miners were more prone to have an accident.

From the CBS News report on the increase in deaths:

Silvey pointed to a death last May at West Virginia’s Pinnacle Mine where a miner riding a trolley rose up and struck his head on the mine roof. She said the fatality could have been due to the miner’s unfamiliarity with the mine. The miner had worked there nine weeks, according to an accident report. And in the most recent death, a miner less than two weeks into the job at a mine in eastern Pennsylvania was run over by a bulldozer July 25.

In total, five of the deaths occurred in West Virginia, two in Kentucky, and one each in Pennsylvania, Montana, and Alabama. While new to the mines they were in, at the time of their deaths, nine of the ten miners killed were experienced and had worked for years in other mines. For the agency to attempt to play off the increase in deaths to “new” minors is absurd.

The mine safety agency has no permanent leader. The position has been left vacant by the Trump administration since January when former Assistant Secretary of Labor Joe Main left the post. Under Main, mines with poor safety records were subject to aggressive inspections. He declined to comment when contacted by CBS News.

The vacancy is a presidential appointment. One of those things Trump has been too busy playing golf and tweeting to worry about apparently. While he is busy removing safety regulations to please the mine owners, the miners who aren’t re-training to work in the solar industry are busy giving their lives for a non-renewable energy source. Doesn’t that just warm your cockles?