The United States Blues
Home Business Trump Lashes Out At European Union For Daring To Criticize His Steel... 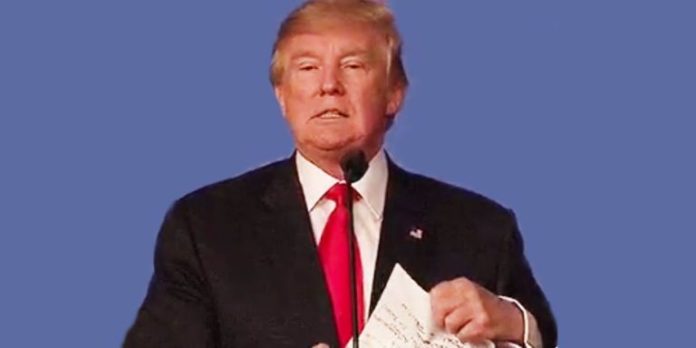 After refraining from going on Twitter Saturday morning, President Trump broke his social media silence this afternoon in response to global criticism over his tariffs on imported steel and aluminum, which many economists say could start a worldwide trade war and wind up costing Americans much more for the things they purchase.

The United States has an $800 Billion Dollar Yearly Trade Deficit because of our “very stupid” trade deals and policies. Our jobs and wealth are being given to other countries that have taken advantage of us for years. They laugh at what fools our leaders have been. No more!

If the E.U. wants to further increase their already massive tariffs and barriers on U.S. companies doing business there, we will simply apply a Tax on their Cars which freely pour into the U.S. They make it impossible for our cars (and more) to sell there. Big trade imbalance!

The problem with Trump’s threats and tariffs is that they won’t solve the problem of imbalance with our trading partners. As The Atlantic noted Thursday:

“Trade experts see a number of problems with the White House’s argument for instituting tariffs on security grounds. Trump himself has repeatedly mentioned China’s trade practices as justification for the tariffs, for one. And the vast majority of  the U.S.’s imports come from strong allies: Canada, South Korea, Mexico, Germany, Japan, and Brazil all export more steel to the United States than China does.

Trump’s ‘smart trade’ action, then, might spark a trade war, hurt the auto industry, bleed jobs from the Rust Belt, and anger American allies around the world. A small number of companies and workers stand to benefit, but a far larger number are now at risk.”

In other words, Trump is, as the old expression goes, cutting off his nose to spite his face. He protects a few jobs but raises costs American companies that make products using steel and aluminum. It’s a giant, across-the-board tax increase on anyone who purchases a product made out of these commodities, and it could also lead to a trade war which might lead to a worldwide recession or, even worse, a military conflict.

Yet again Donald Trump proves that he knows nothing about economics and even less about how to be a leader.