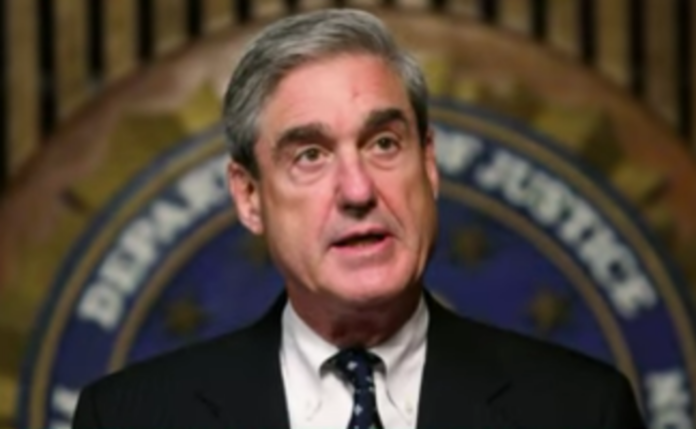 President Donald Trump ramped up his attacks on Special Counsel Robert Mueller and his Russia probe on Friday while simultaneously touting the House Intelligence Committee’s report based on an incomplete investigation. He declared once again that his campaign did not collude with Russia.

Trump has been desperately trying to end the Mueller investigation for nearly a year now, and it looks like he may try to use the recently released House Intelligence report to justify any move he makes to kill it.

As you may recall, Republicans on the committee voted earlier this year to end the investigation early without interviewing all the witnessed or gathering all the evidence. And they even ignored the evidence they had, all so that they could clear Trump and his campaign.

The report resulted in Trump attacking Mueller on two separate occasions on Friday.

House Intelligence Committee rules that there was NO COLLUSION between the Trump Campaign and Russia. As I have been saying all along, it is all a big Hoax by the Democrats based on payments and lies. There should never have been a Special Counsel appointed. Witch Hunt!

Rep. Adam Schiff (D-Calif.), the ranking Democrat on the committee, soon fired back in response.

Mr. President, to conclude there is “no evidence” of collusion, you must ignore Russia’s extensive efforts to help your campaign, the litany of communications between Russia & your campaign, & the massive effort to conceal these contacts. Here’s the truth: https://t.co/ufM7sszcxW https://t.co/k2TX7LYfU5

Indeed, Schiff went on to blast Republicans Republicans for failing to investigate seriously and for acting more like a protection squad for Trump.

“Throughout the investigation, Committee Republicans chose not to seriously investigate — or even see, when in plain sight — evidence of collusion between the Trump campaign and Russia, instead adopting the role of defense counsel for key investigation witnesses. In fact, we found evidence of collusion in the abundant secret meetings and communications between Trump campaign officials and associates such as Paul Manafort, Rick Gates, George Papadopoulos, Donald Trump Jr., Michael Flynn, Carter Page, and others, with emissaries and officials from, or linked to the Russian government.”

Schiff even provided many facts that Republicans have ignored on Twitter.

We lay out some new facts:

1.) Russians sought to establish a secret back channel with Trump campaign through NRA in May 2016 according to an email from Paul Erickson to Rick Dearborn & Jeff Sessions. They sought to make “first contact” at the NRA convention. See the email here: pic.twitter.com/1fN7OG0Nds

2.) Don Jr. had two calls with Emin Agalarov to pursue dirt Russians were promising as part of June 9, 2016 meeting. Sandwiched between these calls? A third call from a blocked number. We tried to subpoena call records to see if blocked number was Donald Trump, but Rs blocked us: pic.twitter.com/VErLSPRcGJ

Trump’s latest outbursts prove that legislation is necessary to protect Mueller from being fired before he can finish his investigation. A bipartisan bill to do exactly that has already been passed by the Senate Judiciary Committee. Senator Mitch McConnell (R-Ky.), however, refuses to bring it up for a full vote despite Trump making it clear that he might go to great lengths to kill the probe.

And if that happens, Senate Republicans are likely to do nothing just like the Republicans on the House Intelligence Committee did by ending their own investigation prematurely.