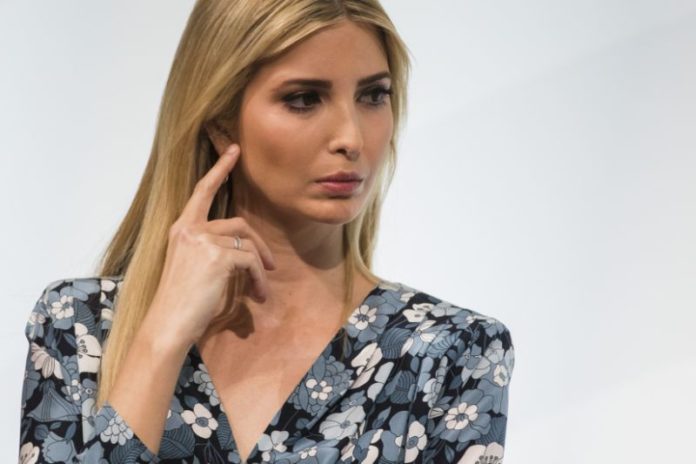 Without providing any evidence whatsoever, President Donald Trump claimed on Monday that his daughter Ivanka has “created millions of jobs,” a remark that immediately drew widespread ridicule.

Ivanka supposedly works as an adviser to her father focusing on job creation and workforce development. At least, that what she says on her Twitter account.

During a meeting with many of the nation’s governors on Monday, Trump delivered remarks before bragging about Ivanka.

The problem is that Ivanka is in no position to actually create jobs. She is an unelected adviser. She does not help pass laws in Congress nor does she sign them in the White House. Furthermore, the job creation we currently see today is a continuation of the jobs growth record achieved under former President Barack Obama when the country saw 75 consecutive months of jobs growth. 25 more consecutive months of job growth have happened since then, but Ivanka had very little or nothing to do with it.

In fact, it turns out the 6.3 million jobs pledge she has been touting for several months had already been previously planned by companies who signed on. It had nothing to do with Ivanka at all, and pledges are not the same as actual job creation.

Trump just told one of his biggest lies ever claiming Ivanka’s created “millions of jobs.” No she hasn’t. And the jobs she HAS created involved children working in labor camps to make cheap shoes that she stole the design for and got sued over. Ivanka is worse than her father.

Another episode of “I Can’t Distinguish Between Reality And What I Dreamed Last Night.”

No one knows that, because it’s not true. Perhaps what he meant to say is that she’s made millions (of dollars), off the sweat shop jobs she’s created.

He just can’t stop lying even if he wanted to, and he doesn’t. But what’s so pathetic is that his diehard supporters will believe everything he says without question. Outsourcing jobs to China & India, with people making pennies, working in subpar conditions, is shameful.

If only @IvankaTrump did any of these great things in America.

Unfortunately, a fully staffed Chinese sweatshop doesn’t do much to get Americans off the unemployment line.

The only job Ivanka has created in the United States is the one she currently occupies as a result of unethical nepotism.