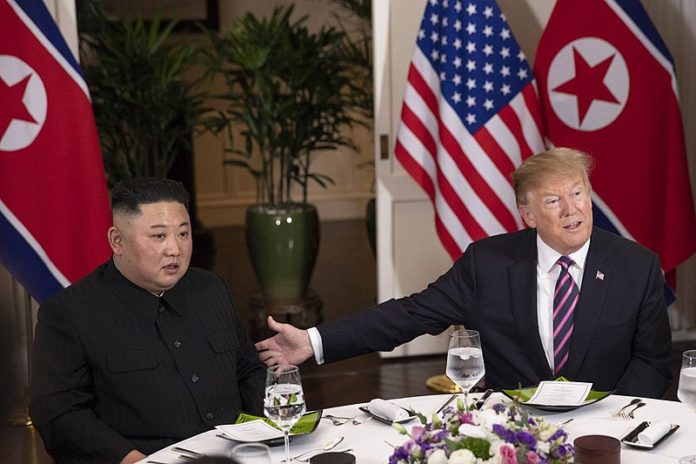 President Donald Trump failed to make a deal with North Korean dictator Kim Jong Un on Thursday as the Hanoi summit in Vietnam came to a close, proving that Trump is not a dealmaker.

Prior to leaving for the summit, Trump prematurely declared it would be a success on Twitter.

Very productive talks yesterday with China on Trade. Will continue today! I will be leaving for Hanoi, Vietnam, early tomorrow for a Summit with Kim Jong Un of North Korea, where we both expect a continuation of the progress made at first Summit in Singapore. Denuclearization?

President Xi of China has been very helpful in his support of my meeting with Kim Jong Un. The last thing China wants are large scale nuclear weapons right next door. Sanctions placed on the border by China and Russia have been very helpful. Great relationship with Chairman Kim!

Chairman Kim realizes, perhaps better than anyone else, that without nuclear weapons, his country could fast become one of the great economic powers anywhere in the World. Because of its location and people (and him), it has more potential for rapid growth than any other nation!

But no progress was actually made, and denuclearization certainly was not agreed upon as Kim Jong Un expected Trump to drop all sanctions first, which is sure to be a sticking point that won’t go away any time soon.

Trump said two days of talks in the Vietnamese capital Hanoi had made good progress in building relations and on the key issue of denuclearization, but it was important not to rush into a bad deal.

“It was all about the sanctions,” Trump said at a news conference after the talks were cut short. “Basically, they wanted the sanctions lifted in their entirety, and we couldn’t do that.”

Trump and Kim cut short their talks, skipping a planned working lunch at the French-colonial-era Metropole hotel after a morning of meetings.

“Sometimes you have to walk, and this was just one of those times,” Trump said, adding “it was a friendly walk”.

Miraculously, Trump avoided being duped this time around as Kim Jong Un feigned shock that the United States knows about several hidden missile sites. Had Trump agreed to drop sanctions first, Jong Un could have merely pretended to begin denuclearization only to pull the rug out from under Trump’s bone spurs once enough economic relief had flowed into North Korea.

Of course, Trump insists that progress was made and that the talks went smoothly, but that’s not true since the White House had been so confident about a deal being made that they scheduled a “joint agreement signing ceremony.” Needless to say, that ceremony never took place and Trump is now flying home with his tail tucked between his legs.