The United States Blues
Home National News Trump lets Ivanka take the lead in deciding whether or not to... 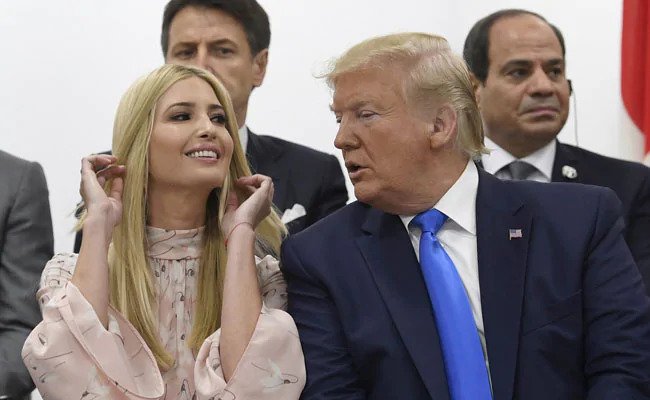 Ivanka Trump has been calling senators behind the scenes to gauge whether or not there’s any support for new gun legislation in the aftermath of the mass shootings in El Paso, Texas, and Dayton, Ohio, that left 31 people dead, according to Axios:

Ivanka Trump has quietly been calling lawmakers since the El Paso and Dayton massacres to gauge their openness to movement on gun legislation when Congress returns, sources familiar with her conversations tell Axios.

This is another sign that President Trump might support new gun control measures, despite the opposition of conservatives in his orbit.

Trump has been probing his aides and making calls to lawmakers about what strategy he should adopt on guns, and how it will play with his base.

Just last Wednesday, Ivanka spoke with Senator Joe Manchin (D-WV), while he was on vacation in Hawaii. She was reportedly trying to get an update on the background checks legislation he has proposed in conjunction with Senator Pat Toomey (R-PA). That bill would expand background checks on almost every commercial firearm sale in the United States.

An aide to Manchin remarked:

“She called Manchin and said she was trying to get a sense of what bills are out there. She had him explain how they drafted the bill, where it stands and what changes needed to be made in order for it to pass.”

Last week, Ivanka also weighed in the debate over guns in America via social media:

“You can strongly support and defend the 2nd Amendment while calling for these common sense, and long-overdue reforms,” she concluded.

She later reiterated that call to action on Twitter.

When asked why the president’s daughter was leading the administration’s response to the latest mass shootings, a spokesperson remarked:

“(She)has trusted relationships on both sides of the aisle and she is working in concert with the White House policy and legislative teams.”

She also has zero experience, no credentials, and is widely considered to be a joke among most in Washington. In other words, she’s just like her father.