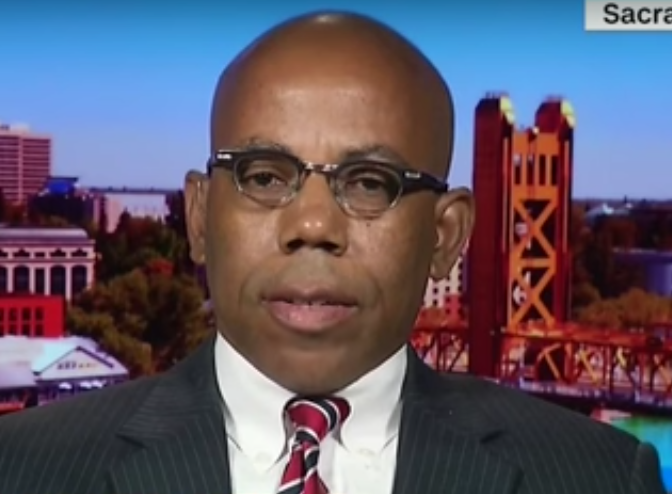 President Donald Trump has just lost one of the few African-American supporters he has left, and it’s all because of his racist behavior in recent months.

During a rally in Redding, California back in 2016, Trump singled out a black man named Gregory Cheadle and called him “my African-American,” instantly propelling Cheadle as a fixture at Trump rallies who would stand behind Trump as nothing more than a prop as “proof” he is popular among minority voters.

“Look at my African American over here,” Trump said. “Look at him. Are you the greatest?”

Three years have since gone by, and Cheadle has had a lot of time to watch Trump. And he is no longer impressed. In fact, he just left the Republican Party because of Trump’s recent racist attacks against several lawmakers of color.

The straw that broke the camel’s back came when Trump lashed out at four Democratic congresswomen of color and told them to “go back” to the country they came from, a favorite attack used by white supremacists.

Then, Trump attacked Rep. Elijah Cummings (D-Md.) and the city of Baltimore.

It was simply too much for Cheadle to put up with any longer.

“President Trump is a rich guy who is mired in white privilege to the extreme,” Cheadle told PBS NewsHour. “Republicans are too sheepish to call him out on anything and they are afraid of losing their positions and losing any power themselves.”

He had hoped that Republicans would call Trump out for his racism, but no such criticism came. Instead, they insisted that Trump isn’t a racist.

“They were sidestepping the people of color issue and saying that, ‘No, it’s not racist,’” Cheadle said. “They were saying these people were socialists and communists. That’s what they were saying. And I thought this is a classic case of whites not seeing racism because they want to put blinders on and make it about something else.”

It also doesn’t help that Trump is appointing mostly white men as judges.

Unwilling to tolerate Trump’s racism and Republican refusal to stand up to him, Cheadle chose to leave the party and became an independent.

“We just haven’t had people called the names publicly that we have had with this administration,” he said. “To stay on this ship now, as a black Republican, I couldn’t do it.”

Trump’s approval rating among blacks dropped to 13 percent in the wake of his attacks on the lawmakers, and now he’ll have to find someone else to be his token African-American on the campaign trail in 2020.