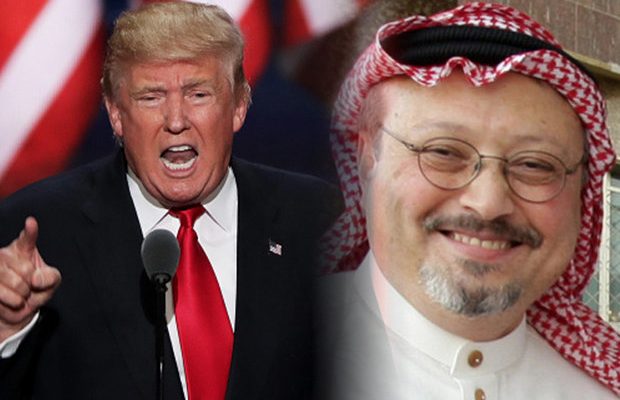 Speaking with reporters outside the White House in November, President Donald Trump made it clear he expected to be named TIME magazine’s “Person of the Year” for 2018, commenting:

Trump did indeed win the honor in 2016, but not this year, with TIME announcing Tuesday morning that they’ve decided to name the late Washington Post journalist Jamal Khashoggi as 2018 “Person of the Year.”

TIME said their focus for the annual issue would be “killed and imprisoned journalists” around the world, with Khashoggi serving as the most famous.

Khashoggi was murdered by Saudi operatives at the Saudi consulate in Istanbul earlier this year. His killing is believed to have been ordered by Crown Prince Mohammed bin Salman. After initially saying he would punish the Saudis if they were behind the murder, Trump backed down and supported bin Salman, defending his reversal by noting that Saudi Arabia was buying hundreds of millions of dollars worth of military goods from the United States.

During an appearance on NBC’s Today show, TIME Editor in Chief Edward Felsenthal noted that this is the first time “Person of the Year” has been awarded to a deceased person, and he said Khashoggi’s influence has grown since his death:

“This is the first time we’ve chosen someone no longer alive as Person of the Year, but it’s also very rare that a person’s influence grows so immensely in death.” TIME Editor-in-Chief @efelsenthal talks Jamal Khashoggi’s 2018 Person of the Year cover pic.twitter.com/KTbgsK0AFt

Trump was runner-up for 2018, and Special Counsel Robert Mueller came in third for the annual award. That’s ironic considering that Mueller may well wind up providing evidence that could potentially lead to the premature end of the Trump administration.

TIME Editor-in-Chief @efelsenthal talks the second and third picks for @TIME’s 2018 Person of the Year:

Though Trump has yet to comment on being snubbed for 2018, it’s safe to expect a tweet or two from him on the matter sometime today.