The United States Blues
Home Economics Trump may bypass Congress to give the richest Americans YET ANOTHER tax... 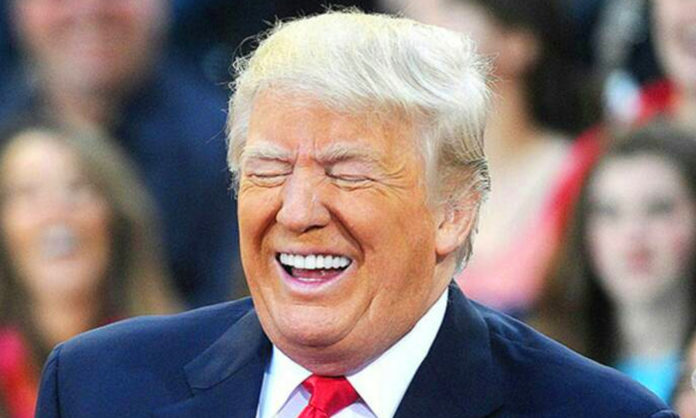 Not content with the massive tax cut he’s already given to the biggest corporations and richest people in the United States, President Donald Trump is once again looking to provide another gigantic tax break to the filthy rich, and he may even try to go around Congress to do so.

Bloomberg reports that Trump is looking to index the capital gains tax rate to inflation, even considering bypassing Congress to do so before the 2020 election:

Indexing capital gains would slash tax bills for investors when selling assets such as stock or real estate by adjusting the original purchase price so no tax is paid on appreciation tied to inflation.

Who would get the biggest tax cut under such a plan? Not just the rich, but the richest of the rich:

Most of the benefits would go to high-income households, with the top 1% receiving 86% of the benefit, according to estimates in 2018 by the Penn Wharton Budget Model. The policy could reduce tax revenue by $102 billion over a decade, the model found.

A change in the tax rate or tax code normally requires the approval of both houses of Congress, but there is actually talk inside the administration of making the capital gains indexing change without submitting the plan to to Congress:

The change in capital gains tax calculation would have little chance of passing Congress, which is why the White House is considering making the change on its own. The House would likely oppose legislation to make the change as many Democrats have raised objections to the GOP’s 2017 tax cuts, saying they disproportionately helped the wealthy.

Senator Ron Wyden (D-OR) called the idea a non-starter and evidence that the president only cares about the wealthy and his “primary goal is to further slash taxes for himself and his wealthy political allies. This would be plainly illegal. Wyden added:

“Republicans must be nervous about Donald Trump’s re-election chances if they are considering such a drastic step to continue looting the Treasury.”

Considering Trump’s historically low poll numbers, Republicans should also know that if they follow him off this cliff, they could well lose the White House and the Senate come 2020.