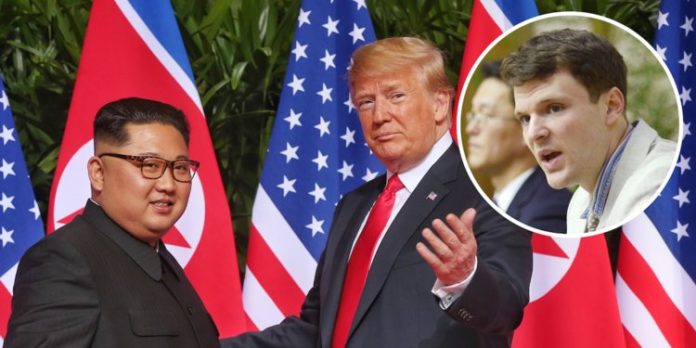 In the latest example of how utterly clueless President Donald Trump is when it comes to foreign policy, it appears he told an envoy who went to retrieve American hostage Otto Warbier that he should sign a bill presented to the U.S. team for the medical “care” of Warmbier, who was possibly tortured while in North Korean custody.

“North Korea issued a $2 million bill for the hospital care of comatose American Otto Warmbier, insisting that a U.S. official sign a pledge to pay it before being allowed to fly the University of Virginia student from Pyongyang in 2017.

“The presentation of the invoice — not previously disclosed by U.S. or North Korean officials — was extraordinarily brazen even for a regime known for its aggressive tactics.

“But the main U.S. envoy sent to retrieve Warmbier signed an agreement to pay the medical bill on instructions passed down from President Trump, according to two people familiar with the situation. They spoke on the condition of anonymity because they were not authorized to discuss the matter publicly.”

The bill was passed along to the Treasury Department but remained unpaid during the remainder of 2017. It is still unclear if the U.S. eventually reimbursed the North Koreans.

Greg Scarlatoiu, executive director of the Committee for Human Rights in North Korea, said it was offensive that the North Koreans would have presented a bill:

“This is outrageous. They killed a perfectly healthy and happy college student and then had the audacity to expect the U.S. government to pay for his care.”

There have been reports that Warmbier’s brain damage was caused by torture inflicted by his captors in North Korea, but the U.S. government has refused to verify those claims as Trump has sought to curry favor with North Korean dictator Kim Jong Un:

“[Otto’s father] Fred Warmbier accused North Korea of beating and torturing him in detention, although doctors who examined him at the University of Cincinnati Medical Center said there was no evidence of that. His parents requested that an autopsy not be performed.

“North Korea insisted that Warmbier became sick after eating pork and spinach, but it also said he had a severe allergic reaction to the sedatives he was given.”

For his part, Trump said at a press conference in February after his second summit with Kim that he found it hard to believe that the brutally repressive North Korean government would have harmed Warmbier in any manner:

“I don’t believe he (Kim) would have allowed that to happen. He tells me he didn’t know about it, and I take him at his word.”