The United States Blues
Home National News Trump may have offered Cohen a pardon in exchange for his silence:... 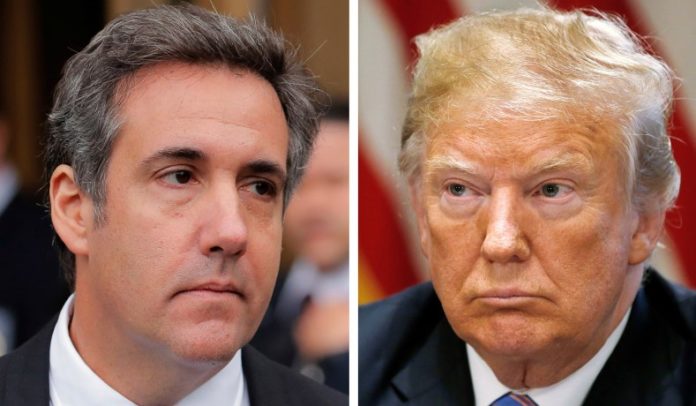 Congressional investigators are exploring if President Donald Trump offered his former attorney and fixer, Michael Cohen, a pardon in exchange for his silence, according to a new report from the Washington Post:

“Lawmakers are investigating whether President Trump’s former personal lawyer Michael Cohen was involved in any discussions about possible pardons — which they view as a potentially ripe area of inquiry into whether anyone sought to obstruct justice, people familiar with the matter said.”

After his public testimony this week before the House Oversight Committee, Cohen also testified in private to the House and Senate intelligence committees, where the subject of presidential pardons came up the Post notes:

“It was not immediately clear what, if anything, Cohen told lawmakers to pique their interest. Depending on the details, such pardon talks could be incendiary, suggesting an effort to dissuade Cohen from cooperating with law enforcement. Cohen is to return to the House Intelligence Committee on Wednesday.”

President Trump is already facing possible charges of obstruction for his firing of former FBI Director James Comey and his alleged attempts to get the U.S. Attorney for the Southern District of New York (SDNY) to unrecuse himself and directly oversee investigations into Trump, the 2016 Trump inaugural committee, and the Trump Organization. Many legal experts have suggested the SDNY investigations pose a greater legal risk to the president than Special Counsel Robert Mueller, who is focused on a possible conspiracy between the Trump campaign and Russia.

During his testimony before the House Oversight Committee on Wednesday, Cohen hinted there was another investigation beyond the Mueller probe that was also looking for criminal acts by Trump:

“Asked whether there was ‘any other wrongdoing or illegal act that you are aware of regarding Donald Trump’ that had not been discussed at the hearing, Cohen responded, ‘Yes, and again, those are part of the investigation that’s currently being looked at by the Southern District of New York.’ A spokesman for the U.S. attorney’s office for the Southern District of New York declined to comment.”

Obstruction of justice was one of the charges listed in the articles of impeachment against former presidents Richard Nixon and Bill Clinton.