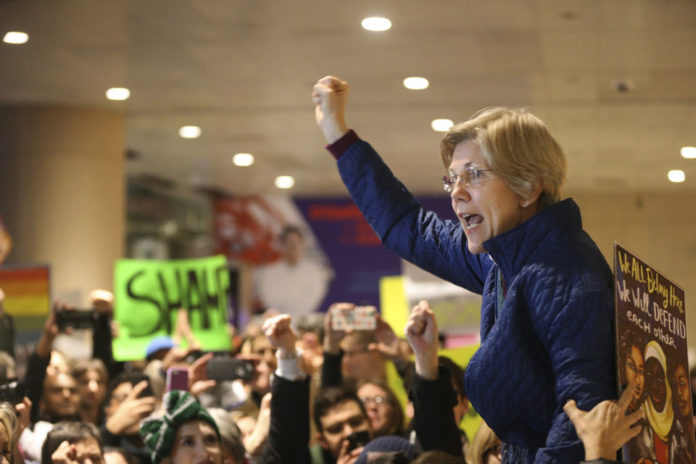 The tweet referenced an explosive essay published by Politico on Thursday by former Democratic National Committee Chair Donna Brazile. The former chair revealed that a fundraising deal was made between the Clinton campaign and the DNC before she was an official nominee. The DNC is supposed to remain neutral during the primaries.

Trump, ever the con artist, has taken the opportunity to exploit the matter to distract us all from special counsel Robert Mueller’s intensifying investigation.

Warren was asked on by CNN on Thursday if she believes the DNC was rigged in Clinton’s favor. Warren said yes.

“During National Native American Month, we honor and celebrate the first Americans and recognize their contributions and sacrifices. The United States is stronger when Indian Country is healthy and prosperous.”

Native Americans have spoken out against the nickname in the past.

“Trump’s inability to discern the difference between Sen. Warren and Pocahontas is no accident. His attack on her native identity reflects a dominant American culture that has made every effort to diminish native women to nothing other than a fantastical, oversexualized, Disney character.” – Mary Kathryn Nagle, playwright, attorney, and citizen of the Cherokee Nation of Oklahoma

Trump claimed during his campaign that Warren “made up her heritage, which I think is racist. I think she’s a racist, actually because what she did was very racist.”

He later apologized – because he believes his words were a tremendous insult to Pocahontas.

“So, to Pocahontas, I would like to apologize to you.” – Donald J. Trump