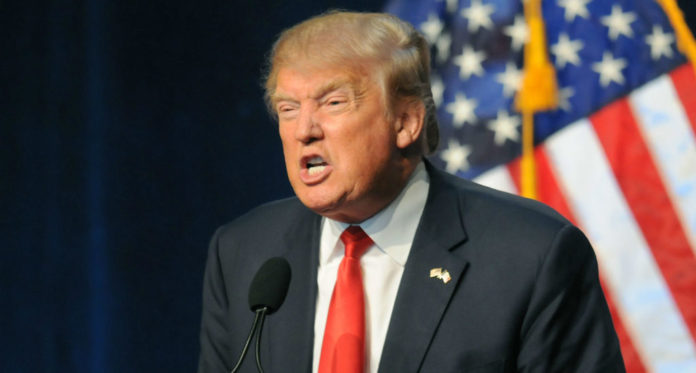 President Donald Trump is suing the Manhattan district attorney to block release of his tax returns by claiming that he can’t even be investigated while he is in office.

Manhattan District Attorney Cyrus Vance Jr. issued a subpoena for eight years of Trump’s tax returns earlier this week as part of the investigation into his hush money payments to adult film star Stormy Daniels. Trump is already known as “Individual 1” in court documents for ordering the illegal payments, which constitute a felony.

Trump’s taxes could shed even more light on the crime, which is why prosecutors are seeking them.

“The framers of our Constitution understood that state and local prosecutors would be tempted to criminally investigate the president to advance their own careers and to advance their political agendas,” the lawsuit says. “And they likewise understood that having to defend against these actions would distract the president from his constitutional duties.”

Seriously, Trump is now claiming that he can’t be investigated as president even though there is no such memo or statute that makes the president immune from probes.

Paul Rosenzweig, who served on former Special Counsel Ken Starr’s investigation of former President Bill Clinton in the 1990s made it clear what Trump is trying to do.

Harvard law professor Laurence Tribe pointed out that Trump is trying to make himself above the law and that his claim violates an Act of Congress.

Trump’s suit to halt the state’s investigation and prosecution of Trump & his coconspirators for all their crimes until he leaves office is legally unsound and would put him and his cronies above the law. It also violates an Act of Congress, 28 USC 2283.https://t.co/mCybj9YhZA

A court of the United States may not grant an injunction to stay proceedings in a State court except as expressly authorized by Act of Congress.

That means Trump new argument should be laughed out of court and he should be forced to release his tax returns in compliance with the Manhattan DA’s subpoena.