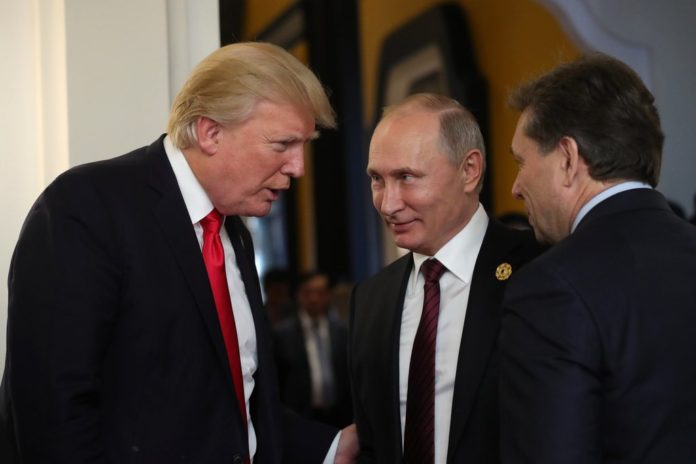 Remember when President Donald Trump waited a whole week before he finally signed an emergency declaration to help California after the country lit into him for blaming the state for the wildfires raging across it? Well, he’s not treating Russia that way.

Last fall, as wildfires devastated parts of the state, Trump spent his time blaming California for them by insisting that they should have raked leaves off the forest floor. He also claimed that California lacks proper forest management.

Only after a week of criticism and outcry did he give California the help it needed, only to order FEMA to stop providing aid just two months later.

Trump treated California like sh*t even though it’s part of the United States and is home to millions of Americans. But wildfires are now ravaging Siberian wilderness in Russia, and unlike how he treated his own countrymen, Trump is treating the Russians far better by offering to send American aid to help fight the wildfires during a phone call with Vladimir Putin.

During a phone call between the two leaders, Trump offered American assistance to tame the fires that have engulfed 6.7 million acres of the Siberian woods. The Russian Embassy cited a Kremlin statement that said President Vladimir Putin appreciated the gesture and would take Trump up on the offer if needed. For now, Putin told Trump that Russian military aircraft were deployed to control the situation.

The call must be quite damning since the White House has not released a read-out of it to the public. California was burning and Trump didn’t give a damn, choosing to wait a full week before doing his job while simultaneously attacking the state.

But because Putin owns him, Trump had no problem offering Russia immediate help. Americans ought to be outraged and disgusted.