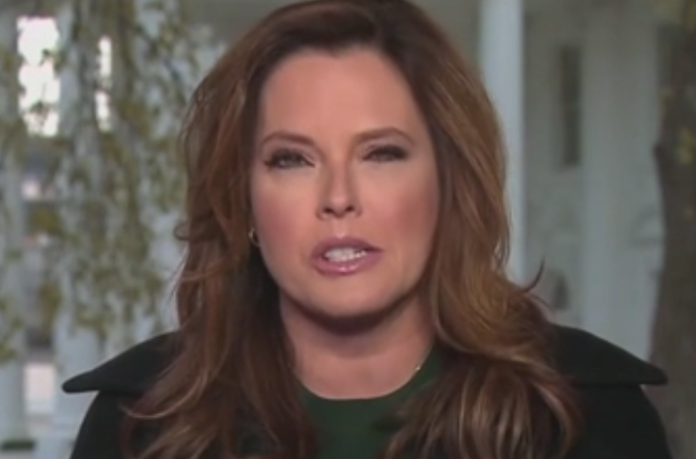 White House adviser Mercedes Schlapp cruelly defended President Donald Trump’s threat to close the southern border on Tuesday by claiming that shutting down the American auto industry would be worth it to stop illegal immigration.

Trump has repeatedly threatened to close the border, even though he had claimed that a wall would be enough to stop illegal immigrants. Of course, that was a lie, and Trump is all but admitting it by threatening to close the border entirely, a move that would devastate the economy and disrupt travel and relations between the United States and Mexico, where over one million Americans currently reside.

On Tuesday, CNN host Jim Sciutto informed Schlapp that the auto industry would shut down within one week of a border closure, and reminded her that we know closing it would be calamitous because former President George W. Bush did it for just two days after the 9/11 terrorist attacks.

“The last time a U.S. president closed or partially closed the border was after 9/11,” Sciutto said. “President Bush did it for a couple of days, reversed the decision because of the enormous economic costs and disruption. The Center for Automotive Research says the U.S. auto industry would shut down in one week if the Mexican border was closed because of all of the dependence on plants down there for parts, etcetera. Is the president saying that price is necessary to pay today on a step that hasn’t been taken since 9/11?”

“What we’re seeing is the cost of lives at the border,” replied Schlapp, who went on to repeat many of Trump’s scare mongering claims about illegal immigrants and the border in order to claim that there’s a crisis. Trump wants everyone to believe that scores of women are being raped and that smugglers are having their way with border security. He wants us to believe that terrorists and drugs are flowing across the southern border with impunity and that migrants are faking asylum claims to get in the United States.

The fact is, however, that the only crisis at the border is the crisis Trump manufactured by kidnapping children from their parents and placing migrants in concentration camps. Furthermore, the White House’s own national drug control report calls for increased border personnel and more technology to process asylum claims faster and detect drugs that are mostly coming through legal ports of entry. Nowhere in that report is a recommendation to close the border or build a wall.

It should also be pointed out that Congress gave Trump the funding to pay for more personnel and technology at the border, but he won’t use it because fixing the actual problems would undermine his border crisis claims.

Sciutto underscored these points by noting that he talked to Border Patrol officials.

“I asked someone from Customs and Border Patrol yesterday if he or anyone in his agency recommended to the White House closing the border, if he’s heard it. He said no,” Sciutto said. “Who has recommended this step to the border and if it’s not coming from his national security advisers, how do we not conclude this is more about politics?”

“The president is looking at all options, we’re being left with no choice, little choices at this point in terms of what we’re going to do with our resources,” Schlapp replied. “In essence, there is a crisis.”

.@jimsciutto: “Is the President going to close the US border this week?”

So, Trump is willing to destroy the U.S. auto industry by closing the border in order to keep his border crisis scam alive, all because he wants to force Democrats to give him even more money to build a wall that he claimed to have the money to build after declaring a national emergency.

We are talking about thousands of jobs being at stake and a large sector of the American economy being at risk of disappearing just because Trump wants to pander to his racist base of supporters.

And it’s not just the auto industry, but other industries as well as trade ceases with Mexico, including food and agriculture companies and other industries that rely on resources imported from Mexico. This action by Trump could kill the economy and thrust the country into a recession the likes of which we have not seen before. And all because of a political stunt based on a fake crisis manufactured by an incompetent president. It’s time for Republicans to step in and do something to stop him or they will face the wrath of voters in 2020.