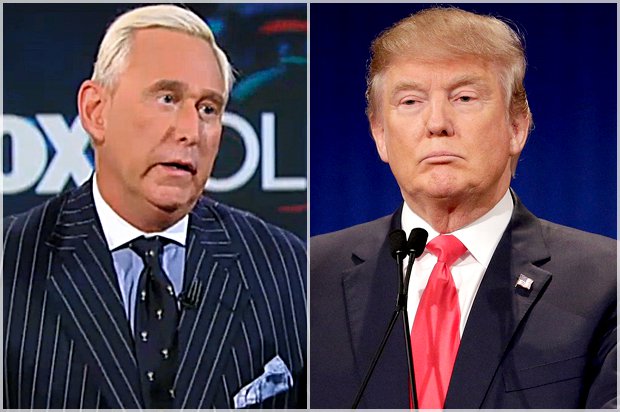 It was only a matter of time before President Donald Trump weighed in on the early morning arrest of his longtime confidante and adviser, Roger Stone, who has been charged with lying to Congress and witness intimidation, but when Trump finally got around to grabbing his cell phone Friday morning, he fired of an angry tweet suggesting that drug dealers are treated better than Stone:

Greatest Witch Hunt in the History of our Country! NO COLLUSION! Border Coyotes, Drug Dealers and Human Traffickers are treated better. Who alerted CNN to be there?

Despite Trump’s protestations and all caps insistence that there was “NO COLLUSION!” the indictment charging Stone certainly suggests that he was in regular contact with WikiLeaks, which dumped hacked emails that were detrimental to the campaign of Hillary Clinton in the closing months of the race for the White House.

Reaction on social media was swift:

So many words, just to say:

Well, this is normal….😂 Everyone working on Trump’s campaign was dirty but Donald himself had no clue. Give me a freaking break. The man who’s told over 8000 lies since taking office and has cheated his entire life had nothing to do with this. 😂😂😂

FBI agents received an arrest warrant for your friend, signed by a Federal Judge. Your friend appeared in Federal Court with a Federal Attorney representing the US against your friend.

All these Federal employees did this as Freebie to the American people.

Don’t be surprised if later this afternoon Trump claims he’s never met anyone by the name of Roger Stone.