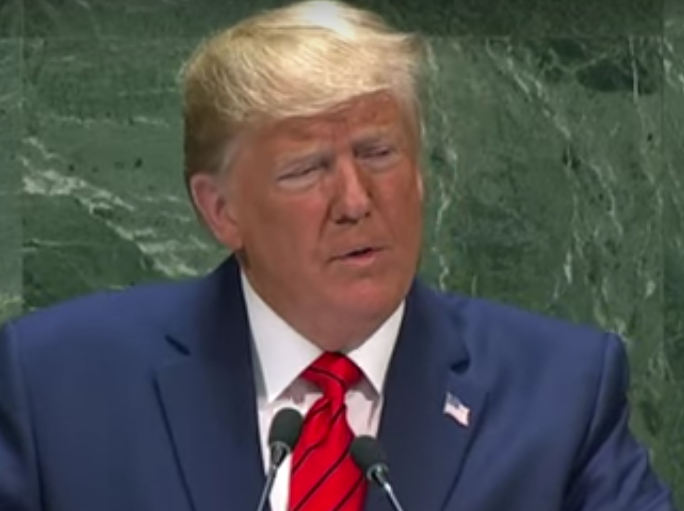 White nationalists are beaming with pride after President Donald Trump spewed their talking points during his United Nations speech on Tuesday.

Just like in 2018 when the United Nations openly laughed at Trump for calling himself America’s greatest president, Trump once again embarrassed himself and the nation on the world stage, this time by preaching nationalism at a time when the world desperately needs unity and cooperation.

Specifically, Trump used words that white nationalists will recognize when he said nations should embrace their foundations and not seek to “erase them or replace them.”

“The free world must embrace its national foundations. It must not attempt to erase them or replace them,” Trump said. “Looking around, and all over this large, magnificent planet, the truth is plain to see: if you want freedom, take pride in your country. If you want democracy, hold on to your sovereignty. And if you want peace, love your nation.”

As you may recall, a primary phrase chanted by white nationalists at the Charlottesville, Virginia “Unite The Right” rally was “You will not replace us!”

“Wise leaders always put the good of their own people and their country first,” Trump said. “The future does not belong to globalists, the future belongs to patriots. The future belongs to sovereign and independent nations who protect their citizens, respect their neighbors and honor the differences that make each country special and unique.”

“America First” is yet another white nationalist slogan, and one that Trump has repeated constantly.