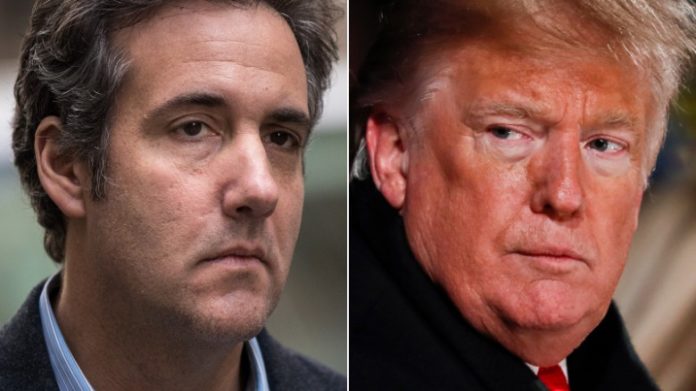 President Donald Trump directly instructed his personal attorney Michael Cohen to lie to Congress about negotiations between the Trump Organization and Russia to build a Trump Tower in Moscow, BuzzFeed reports, and talk of impeaching the president has now begun in Congress.

“Two sources have told BuzzFeed News that Cohen also told the special counsel that after the election, the president personally instructed him to lie — by claiming that negotiations ended months earlier than they actually did — in order to obscure Trump’s involvement.

“The special counsel’s office learned about Trump’s directive for Cohen to lie to Congress through interviews with multiple witnesses from the Trump Organization and internal company emails, text messages, and a cache of other documents. Cohen then acknowledged those instructions during his interviews with that office.”

If true, Trump could potentially be charged with suborning perjury and obstruction of justice.

News of the efforts by Trump to keep details of the Moscow Trump Tower project have reignited calls for articles of impeachment to be drawn up against the president.

Conservative MSNBC commentator John Podhoretz said Friday on “Morning Joe” that if the claims in the BuzzFeed report are true, Congress has no choice but to impeach Trump:

“If there’s independent evidence from another Trump lawyer that they were getting all this information and somehow that Trump knew that Cohen shouldn’t share it, that’s open-and-shut. There’s no question at that point, and he will be impeached. That’s not to say he’ll be removed by the Senate, because then you have this political question of whether or not 17 or 15 Republican senators join the Democrats in removing him from office.

“If the BuzzFeed story is correct we are, like, not only at another level, we are at impeachment.”

Legal experts agreed with Podhoretz, with many weighing in on the BuzzFeed report via Twitter:

This sounds like conspiracy to commit/suborning perjury. And of course, there are others in Trump’s orbit who testified as well. There could be a lot more shoes dropping here.

Big breaking news. About to talk about it on @cnn with @donlemon. Ordering someone to lie to Congress is a felony. https://t.co/HnOKdw3DlW

Trump and the White House press office have yet to comment on the latest news that he may have told Cohen to lie to Congress.