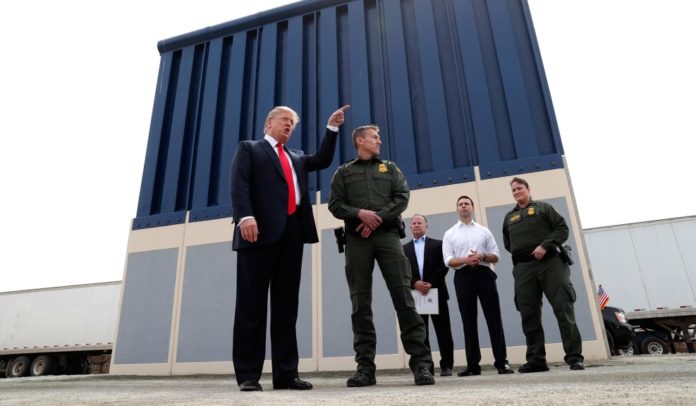 President Donald Trump has told Homeland Security officials and military engineers that he wants his wall on the border with Mexico to be made of steel, not concrete as he originally said, and he has also added some new details that sound like something used in Medieval times.

The bollards, or “slats,” as he prefers to call them, should be painted “flat black,” a dark hue that would absorb heat in the summer, making the metal too hot for climbers to scale, Trump has recently told White House aides, Homeland Security officials and military engineers.

And the tips of the bollards should be pointed, not round, the president insists, describing in graphic terms the potential injuries that border crossers might receive. Trump has said the wall’s current blueprints include too many gates — placed at periodic intervals to allow vehicles and people through — and he wants the openings to be smaller.

In recent weeks, Trump has been busy diverting billions of dollars from the military budget to pay for construction of his long-promised wall. But his changing directions regarding how the wall should look have left engineers scratching their heads, according to The Post. One official remarked:

David Lapan, a former Homeland Security official, said that Trump is obsessed with making the barrier aesthetically pleasing, which may not be practical:

“But building high-rises in New York City is not the same as putting up a barrier at the border. You’re not looking for aesthetics; you’re looking for functionality.”

Facing an uncertain re-election bid in 2020, Trump has pledged to build at least 400 miles of new barriers on the border by next year, but that could require him stealing more money from areas that have been budgeted for another purpose by Congress, which would likely be unconstitutional.

Trump’s emergency declaration of a crisis on the border is already being challenged in federal court, and pending legal decisions could prevent him from adding even one bollard to the existing barriers.