The United States Blues
Home National News Trump preparing to issue executive order that would give special rights to... 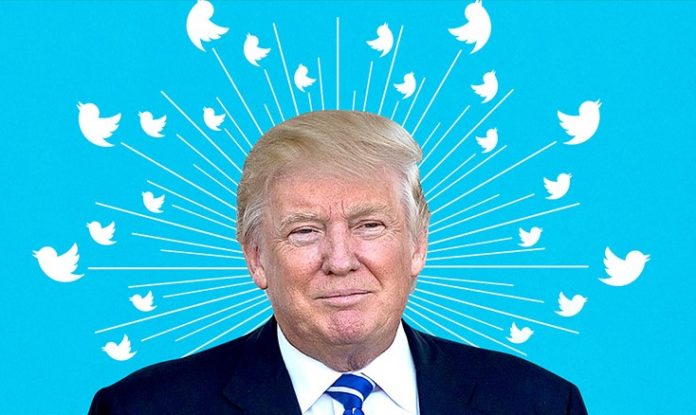 The Trump administration is in the process of drafting an executive order that would give special free speech rights to conservatives on social media, even though such a move would likely not stand up in federal court, according to a new report from Politico:

“If the internet is going to be presented as this egalitarian platform and most of Twitter is liberal cesspools of venom, then at least the president wants some fairness in the system,” the White House official said. “But look, we also think that social media plays a vital role. They have a vital role and an increasing responsibility to the culture that has helped make them so profitable and so prominent.”

Two other people knowledgeable about the discussions also confirmed the existence of the draft order.

What President Donald Trump and staffers inside the administration fail to take into consideration is that the vast majority of the attacks being perpetrated in the United States are done by right-wing extremists who are usually radicalized via the internet.

The president’s sons have also joined the criticism of social media in recent weeks, according to The New Civil Rights Movement:

Both Trump sons in what appears to be thinly-veiled support for their father’s impending executive order, blasted Twitter this week, while Eric Trump started following the alt-right and far right social media platform Gab. Gab is known to be more friendly to extremists, the alt-right, anti-Semitism, neo-Nazis, white nationalists, and white supremacists, as NBC News’ Ben Collins noted Thursday morning:

A reminder that Gab is where the Tree of Life Synagogue shooter posted mountains of anti-Semitic screeds, convinced the “migrant caravan” was an “invasion” plotted by a Jewish cabal, before writing “Screw the optics, I’m going in.”https://t.co/sh28JAtBDF

Federal agencies which report to the president are said to be less than enthusiastic about any executive order that would mandate what must be allowed on the internet, Politico notes:

But the White House effort may be complicated by skepticism in some agencies involved in the discussions about tech policy. The Republicans at the Federal Communications Commission and Federal Trade Commission have said publicly that they don’t see a role for their agencies in policing companies’ online content. The FCC and FTC have joined the Justice and Commerce departments in discussions about the potential bias crackdown.

The very fact that Trump wants to try and tell private corporations what they have to allow on their platforms is a direct insult to the First Amendment and proves yet again that this president will not be satisfied until he has control over every aspect of our lives, just like his close dictator friends Vladimir Putin and Kim Jong Un.