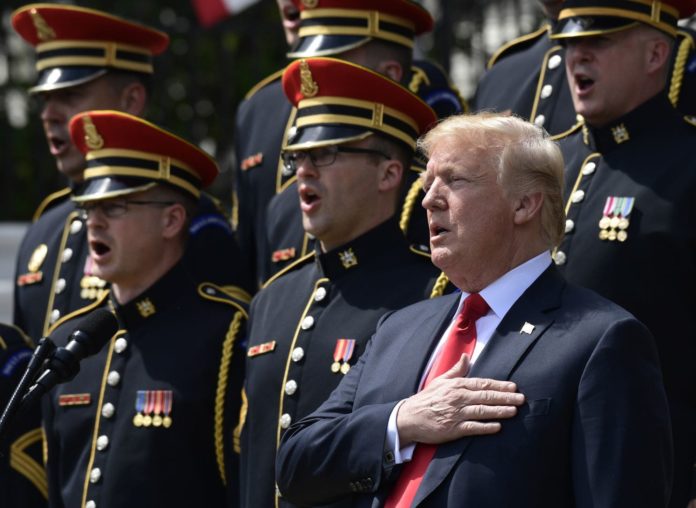 The Trump administration is about to implement a piece of software that threatens to greatly disrupt the health care of at least 75,000 veterans a day, according to a new report from ProPublica.

The software program is part of a larger effort by the administration to privatize care for U.S. veterans, but is so flawed that an independent review recommended it be scrapped. The review warns:

“This degradation goes against the spirit of the Mission Act to improve the veterans experience and quality of care.”

As ShareBlue Media notes, such a program could wind up drastically degrading the care veterans receive:

“The software is supposed to determine which medical services veterans qualify for. If the program malfunctions, as the report indicates is likely to occur, veterans will be left in the lurch while they need medical care.

“The new system is tasked with integrating data from six separate VA systems, but those connections are not ready yet. The lag in connecting all those systems is likely to lengthen each appointment with VA doctors by five to 10 minutes, creating a ripple effect that would exclude 75,000 veterans from treatment every day.”

The review was conducted by the U.S. Digital Service, which is an elite group of software developers and designers who assist federal agencies in improving their technology. The USDS team told the VA the entire program, which is supposed to go into operation in three months, needed to be trashed and a new one developed.

Rep. Mark Takano (D-CA), chairman of the House Committee on Veterans’ Affairs, said implementation of the new program needs to be delayed:

“By suggesting that VA’s planned IT solutions are inadequate, and that VA has not given itself enough time to develop a workable system, this report raises real concerns that implementation may be delayed and could even disrupt healthcare for 75,000 veterans every day.”

If perhaps you’re wondering why the VA is moving to privatize some of its services, you can place the blame for that squarely on President Trump and some of his so-called, unofficial advisers known as “the Mar-a-Lago Three”:

“The VA’s IT division ‘was led by a Trump campaign alumnus’ for most of 2018 while the VA was without a permanent IT chief (one finally joined in January).

“That Trump crony also worked with the ‘Mar-a-Lago Three,’ three friends of Trump’s and club members of his Mar-a-Lago resort who held improper influence over VA policy.

“Together, Trump’s Mar-a-Lago cronies pushed the VA toward privatization — and toward the implementation of the flawed software system.”

So while this president is fond of saying how much he loves veterans, the policy decisions he makes regarding their health and well-being prove his words are nothing more than empty promises.