The United States Blues
Home National News Trump rage tweets that the Mueller report should be kept from the... 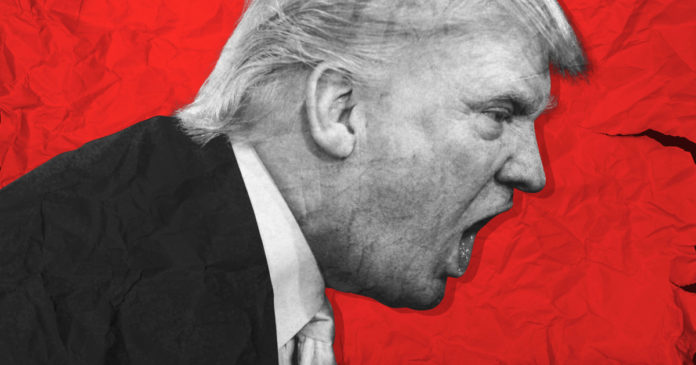 Sometime next week, according to Attorney General William Barr, a restricted version of the Mueller report will be released to Congress and the public, but an angry tweet President Donald Trump sent out Saturday morning suggests that Trump may be trying to pressure the AG to keep the report hidden:

Why should Radical Left Democrats in Congress have a right to retry and examine the $35,000,000 (two years in the making) No Collusion Mueller Report, when the crime committed was by Crooked Hillary, the DNC and Dirty Cops? Attorney General Barr will make the decision!

Why does Congress have a right to examine the Mueller report? Simple: They allocated the money for it. Also, it rightly belongs to the American people and those who we elected to represent us and serve as a check on the president.

Reaction on social media to Trump’s angry babbling was immediate:

Ok, so it’s clear Trump’s guilty. No one who’s innocent would ever talk like this.

I’m old enough to remember when Trump said that the report “exonerates” him. Now he’s afraid to let America see a report that he says proves his innocences. This is a big LOL.

it’s Saturday morning and a doddering dotard in command of a nuclear arsenal is watching himself on television and bellyaching like a colicky baby with a load in its drawers, exactly as our founding fathers intended

What are you so afraid of? Our tax dollars paid for it so our representatives (and we the people) should see it. Won’t the report exonerate you and show the crimes of the DNC and others you allege?

If the report truly shows you did nothing wrong I’m surprised you wouldn’t want to rub it in their faces.

In other words Trump to Barr: DANCE BITCH!

Think about it. Would he be angry if the report exonerated him?