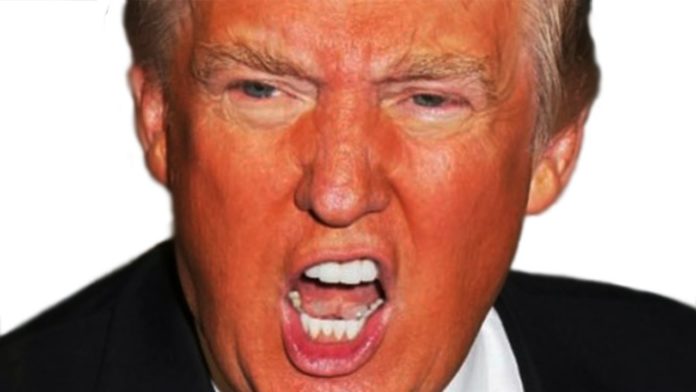 If you were wondering what effect all of the investigations into President Donald Trump are having in the notoriously paranoid head of state, a tweet he sent out Sunday morning suggests that he’s feeling the pressure and it’s making him more unstable than usual:

Report: Christopher Steele backed up his Democrat & Crooked Hillary paid for Fake & Unverified Dossier with information he got from “send in watchers” of low ratings CNN. This is the info that got us the Witch Hunt!

He followed that posting with this one trashing the late Arizona Senator John McCain:

So it was indeed (just proven in court papers) “last in his class” (Annapolis) John McCain that sent the Fake Dossier to the FBI and Media hoping to have it printed BEFORE the Election. He & the Dems, working together, failed (as usual). Even the Fake News refused this garbage!

First, let’s fact check the president: The “Fake News” didn’t refuse the Steele dossier; The Daily Beast published it and was criticized for doing so. Also, the fact that Trump remains utterly obsessed with the dossier certainly suggests that it must have some credibility.

The comments about McCain are part of a larger pattern: McCain served his country honorably while Trump used “bone spurs” to avoid serving in Vietnam. McCain was also loved by both Republicans and Democrats in Congress. Trump, on the other hand, is loved by almost no one other than himself.

The Steele Dossier had nothing to do with the launching of the investigation into your campaign.

Your coffee boy, George, blabbing while drunk in London DID!

but you’re totally innocent, right? so why do you sound so rattled, homeslice?

This is not a witch hunt.
This is justice.

They are closing in on you and it shows, what will they find in your taxes and business dealings, if you’ve nothing to fear let them sort it fast then it’s over and done with…unless you are hiding things

How Christ-like of you to spend your Sunday morning insulting a dead man who served our country.