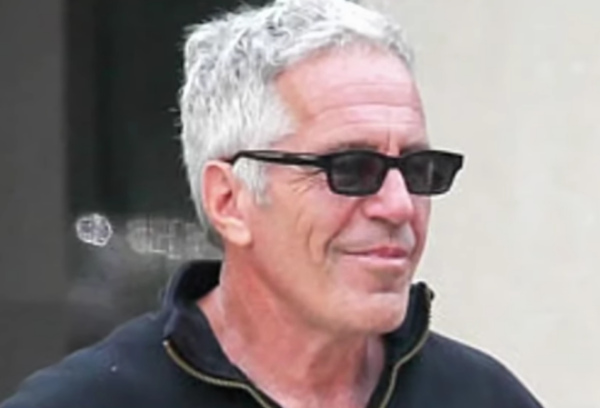 Since billionaire pedophile Jeffrey Epstein has been arrested and is under investigation by the Southern District of New York, a lot of powerful men are really nervous right now, including President Donald Trump, whom as it turns out, Epstein wanted to emulate.

Trump has known Epstein for decades and frequently socialized with him.

In 1999, Trump founded a modeling agency known as Trump Model Management, which shut down in 2017 after years of unsavory and illegal business practices that broke among other things, immigration laws.

Trump’s agency told girls as young as 14 to falsify information on their US visa applications and brought them to this country under the guise that they would be real models working in the United States. As it turns out, they were used and abused.

As we all know, Trump has repeatedly lusted after little girls, including his own daughter. He has frequently commented about little girls as young as ten being his future dates.

Trump has also boasted about barging into dressing rooms while young girls were changing and bragged about grabbing women by their genitals without consent.

By bringing in “models” from overseas the way he did, these girls were at a disadvantage which would have given Trump the ability to easily prey upon them in exchange for a better situation.

That brings us to Epstein, who got away with his sexual abuse crimes after then federal prosecutor Alex Acosta signed an unconstitutional plea deal that denied justice to the many victims in the case.

Epstein, too, wanted to set up a “modeling” agency, which he did. And it certainly made it easier for him to prey upon young girls.

According to Miami Herald reporter Julie Brown, Epstein creepily based the structure of his agency on Trump’s.

“And the other interesting thing is Trump had a modeling agency, and Epstein also had a stake in a modeling agency, which they suspect he used to bring in underage girls from overseas,” Brown said. “There is a comment in one of the court files where Epstein is quoted as saying, ‘I want to set up my modeling agency the same way Trump set up his modeling agency.’ I don’t know what that means, but it is curious he was trying to do something similar to Trump.”

In a lawsuit against Epstein, Trump was accused of raping a 13-year-old girl, which was later dismissed after the victim received threats. Trump once bragged about being friends with Epstein and remarked how he also liked girls on “the younger side.”

Considering Epstein’s latest arrest, surely the Public Corruption Unit of the SDNY is looking into Trump’s shuttered agency. If ever there was a time for Epstein to start talking, now would be the time because he has to know there are bigger fish than him that prosecutors would be interested in, and one of them is sitting in the White House shaking in terror right now that his dirtiest secret of all may about to be exposed.