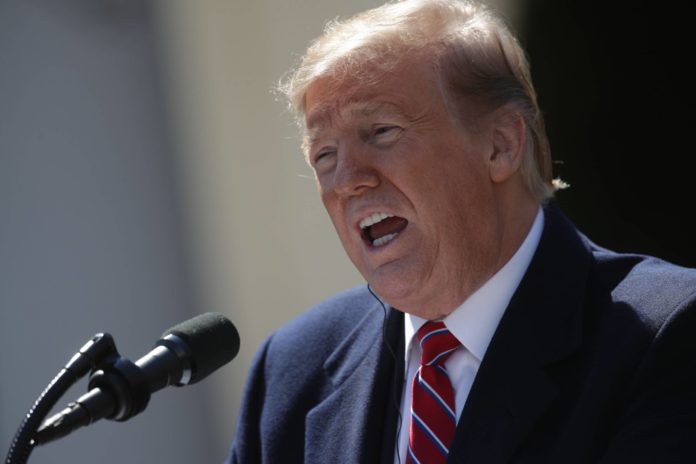 The 2020 Trump campaign is pumping millions of dollars into social media ads to target senior citizens with racist lies and smears about immigration, Axios reports:

“The Trump campaign is spending nearly half (44%) of its Facebook ad budget to target users who are over 65 years old, as opposed to Democratic candidates who are only spending 27% of their budget on that demographic, according to data given to Axios exclusively from Bully Pulpit Interactive.”

“We assume Trump is making a huge play to hold an advantage he had in 2016 with older white voters. This follows the public statements from the campaign manager that they plan to target and reach all of their voters online, not just cultivate small-dollar donors.”

And the majority of those ads are on the topic of immigration, a blatant move by the Trump campaign to try and scare senior voters:

“Trump is using nativist language around immigrants in 54% of his ads, according to BPI. So far Democrats have not responded in kind on the topic of immigration and are focused on fundraising and other policy issues.”

Zac Moffatt, CEO and founder of public affairs firm Targeted Victory, which specializes in corporate and conservative issue campaigns and causes, noted this about the Trump ad buys on Facebook:

“The one thing the Trump campaign has proven time and again is that they follow the results and optimize for outcomes and not the general consensus.”

As he has done since he first announced his run for the White House, Trump is relying on the fear to motivate his voters to go to the polls. Their goal, it appears, is to ratchet up the message that immigrants are a danger and only Trump is willing to do whatever is necessary to end all immigration.

Yet again, Trump is proving that he isn’t fit to hold the office of president and never will be.