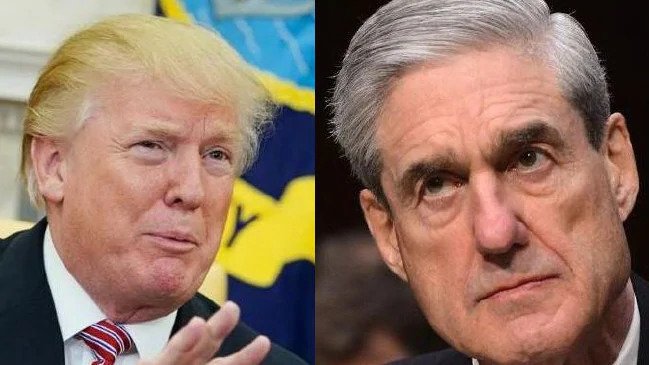 President Donald Trump refused to respond to any written questions from Special Counsel Robert Mueller on the subject of obstruction of justice, according to a report from the New York Times:

“While many of the questions Mr. Mueller submitted to Mr. Trump were focused on accusations of obstruction of justice against the president, others had to do with the president’s relationship with Russia.

The new report from the Times comes on the heels of another stunning revelation which was also broken by the newspaper on Friday: Shortly after the president fired former FBI Director James Comey in 2017, the agency began a counterintelligence investigation to determine if Trump was working as an agent of Russia.

These new revelations have prompted some Congressional Republicans to launch a counterattack on the FBI.

Senator Lindsey Graham (R-SC), told Fox News on Sunday that he plans to ask FBI Director Christopher Wray if the agency had indeed investigated the president for being a under the sway of Russia:

“I find it astonishing, and to me, it tells me a lot about the people running the F.B.I. I don’t trust them as far as I throw them.”

Reports that President Trump attempted to keep transcripts of his meetings in Helsinki with Russian President Vladimir Putin led Congressional Democrats to demand that the American interpreter in the room for the Trump-Putin summit be called to Capitol Hill for testimony, the Times also reports:

“Representative Adam B. Schiff of California, who now leads the Intelligence Committee as part of the new Democratic House majority, implored his Republican colleagues Sunday to support his effort to obtain notes or testimony from the interpreter in one of the private meetings between Mr. Trump and Mr. Putin.

“‘Will they join us now?’ Mr. Schiff wrote on Twitter. ‘Shouldn’t we find out whether our president is really putting America first?’”

For his part, Trump didn’t actually deny he’s in the pocket of Russia, only telling Fox host Jeanine Pirro that he was offended by the Times article suggesting he might be working for the Russians:

“I think it’s the most insulting article I’ve ever had written! If you read that article you would see they found absolutely nothing.”

However, the president did not directly deny that he had connections to Russia or Putin.