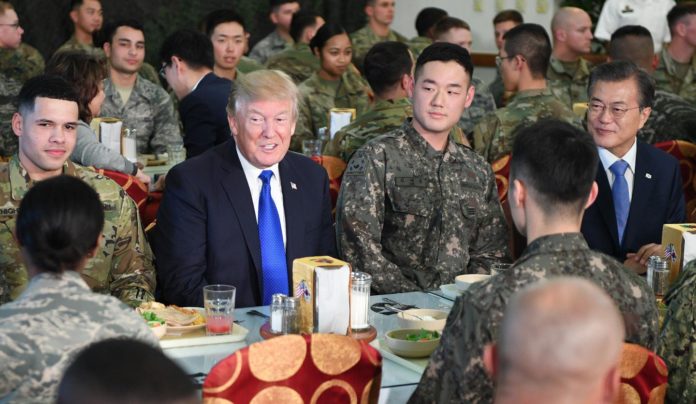 It’s a question many have been asking over the two years Donald Trump has been president: Why hasn’t he bothered to visit U.S. forces serving in a war zone such as Iraq, Afghanistan, or Syria? If he loves and appreciates the military as much as he says he does, why doesn’t he see what they have to endure on a daily basis in combat zones?

According to a new report from The Washington Post, the reason can be summed up with one word: Fear. Yes, the current Commander-in-Chief is afraid:

“Trump has spoken privately about his fears over risks to his own life, according to a former senior White House official, who has discussed the issue with the president and spoke on the condition of anonymity to speak candidly about Trump’s concerns.

“‘He’s never been interested in going,’ the official said of Trump visiting troops in a combat zone, citing conversations with the president. ‘He’s afraid of those situations. He’s afraid people want to kill him.'”

In a recent interview with Fox News, Trump told host Chris Wallace that he should have paid his respects at Arlington National Cemetery on Veteran’s Day, but he was busy making phone calls at the White House. When Wallace pressed on the issue, the president finally declared:

“I don’t think anybody’s been more with the military than I have, as a president. In terms of funding, in terms of all of the things I’ve been able to get them, including the vets.”

There are some hints that Trump may be planning a visit to military forces who are fighting on his orders sometime in the future, but it likely won’t be Thanksgiving, which would seem to be an ideal time. The Post notes:

“Current advisers said Trump is not expected to visit a war zone during the Thanksgiving break, which he will spend at his Mar-a-Lago golf resort in Florida.”

As usual, golf comes ahead of everything for Donald Trump.