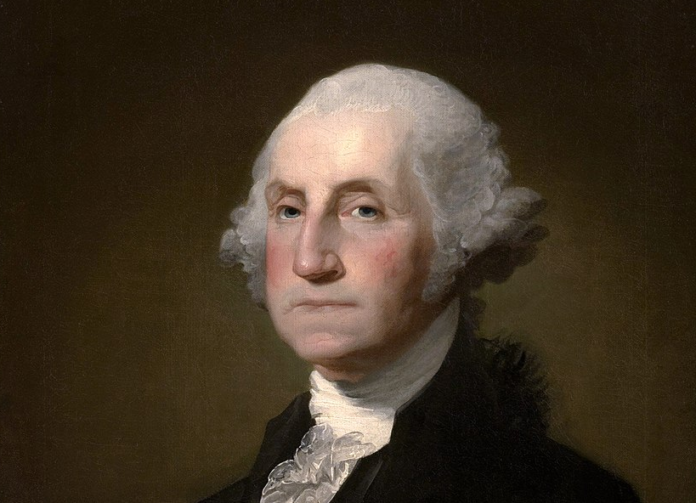 President Donald Trump demonstrated that he knows very little about American history and that he’ll even attack and insult founding father George Washington in order to brag about himself when he visited Mount Vernon last year.

During the trip to George Washington’s famous former residence, considered a sacred piece of American ground, Trump showed more interest in insulting the former president and general than he did in learning about him.

Trump’s guests during the tour were French President Emmanuel Macron and his wife, who apparently has more knowledge of and appreciation for Washington and his mansion at Mount Vernon.

The Mount Vernon staff has a policy of not revealing details of tours with high profile guests, but some witnesses came forward to tell Politico about Trump’s behavior.

At one point, for instance, Trump claimed that Washington was stupid for not naming his estate after himself.

“If he was smart, he would’ve put his name on it,” Trump said, according to three sources. “You’ve got to put your name on stuff or no one remembers you.”

Seriously. Trump clearly didn’t realize that Washington D.C. and Washington state are both named for the founding father, as are many other cites and locations.

Of course, Trump’s ignorance did not stop there as his likely frustrated tour guide, Mount Vernon president and CEO Doug Bradburn, could not hold Trump’s attention.

The president’s disinterest in Washington made it tough for tour guide Bradburn to sustain Trump’s interest during a deluxe 45-minute tour of the property which he later described to associates as “truly bizarre.” The Macrons, Bradburn has told several people, were far more knowledgeable about the history of the property than the president.

A former history professor with a PhD, Bradburn “was desperately trying to get [Trump] interested in” Washington’s house, said a source familiar with the visit, so he spoke in terms Trump understands best — telling the president that Washington was an 18th century real-estate titan who had acquired property throughout Virginia and what would come to be known as Washington, D.C.

And if that wasn’t enough, Trump took shots at Washington’s home and made it all about himself as usual.

If Trump was impressed with Washington’s real estate instincts, he was less taken by Mount Vernon itself, which the first president personally expanded from a modest one-and-a-half story home into an 11,000 square foot mansion. The rooms, Trump said, were too small, the staircases too narrow, and he even spotted some unevenness in the floorboards, according to four sources briefed on his comments. He could have built the place better, he said, and for less money.

First of all, Mount Vernon was one of the largest and most valuable homes at the time that followed the architectural style of the 18th century. Most homes had narrow staircases and smaller rooms. Washington was also limited by the technology of the time. So, Trump definitely could not have built it better. He also could not have built it for less money since much of the construction was done by slaves.

This trip to Mount Vernon was wasted on Trump, whom Washington would have despised. The fact that Trump was even allowed to step foot on the property is disgraceful. Washington was a humble man and he certainly did not have a habit of insulting dead people like Trump does on a regular basis.

If anything, Washington would be horrified that Trump is President.