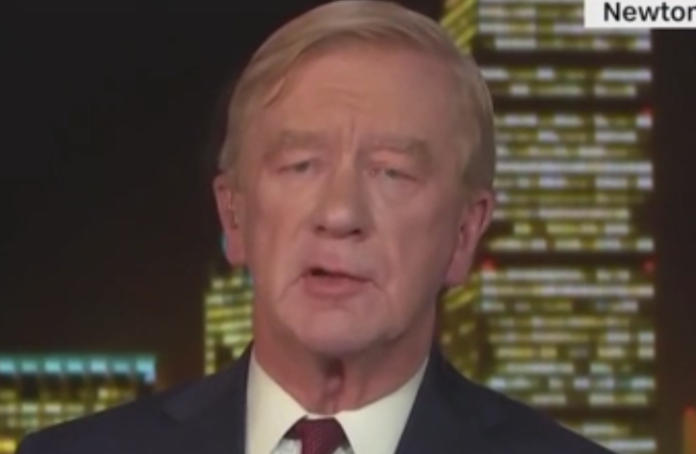 Weld has challenged Trump for the Republican nomination in 2020, and could be a formidable primary opponent if the Republican National Committee doesn’t block him.

If they do, it’s because Weld is an honorable Republican whose credentials and demeanor put Trump to shame, and he displayed those traits while speaking to Don Lemon.

Weld first trashed Trump’s pandering to racists by saying it appears Trump wants an Aryan nation with no immigrants instead of a diverse nation that accepts immigrants from anywhere.

Asked about impeachment and why other Republicans are not calling for it, the former United States Assistant Attorney General for the Criminal Division said that the Mueller report clearly shows that Trump committed obstruction of justice, which is what Special Counsel Robert Mueller confirmed in a statement on Thursday.

“I think a lot of people agree with me and Congressman Amash, whose statement I totally applaud, that the president committed obstruction of justice,” Weld said. “If you read the Mueller report — and Bob Mueller was my deputy in the Justice Department, I know him well, he’s the straightest guy I ever met, and he has eight or ten examples of the president committing obstruction of justice in Volume II of his report by trying to shut down the investigation, get Mueller fired, get his top national security people to lie, get his top intelligence officials to lie up to and including Dan Coats, trying to get Don McGahn to lie, who is the president’s chief lawyer.”

“And they’ve all said to him, Mr. President, I can’t do that because that’s not true,” Weld continued. “And he essentially came back at them saying, what’s your point?”

Weld then told Lemon that Trump has psychological issues, primarily narcissism, and that he is incapable of telling the truth.

“This guy is a stranger to the truth,” he concluded. “I won’t even say a loose man with the truth. A broken clock is right about twice a day, and so is the president. He doesn’t know when the curtain is down and when the curtain is up, and when he’s on stage and when he’s not, because he’s so obsessed with himself and has such a need for people to praise him. I don’t know what it is, but I wouldn’t want his demons.”

“It’s been clear since he started his campaign, he was basing it on trying to stir up vitriol and hatred of immigrants”: Trump GOP challenger Bill Weld defends his claim that President Trump would prefer an “Aryan nation” https://t.co/PzwLE3lIFw pic.twitter.com/bk4vJkjvUm

Trump would not do well against a primary challenger such as Weld, an old-school Republican who actually practices conservative values and believes in facts and dignity.

Weld also knows the law and can explain to Republican voters exactly what the Mueller report says.

The RNC can stop Weld by refusing to hold primaries, but they can’t make him stop talking. And every time he speaks, it becomes clearer and clearer that Republicans would be better off with him than with Trump.