The United States Blues
Home News Trump Resorts To Threatening Voters On Election Eve To Scare Them Away... 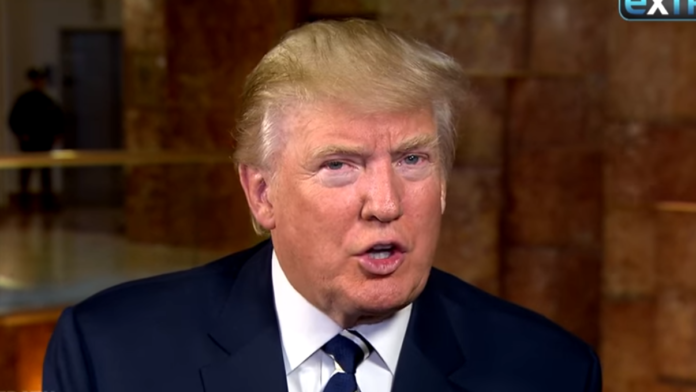 President Donald Trump is so desperate for Republicans to win the midterm election on Tuesday that he resorted to threatening voters on Twitter in a clear example of voter intimidation.

The intimidation tactic included announcing that law enforcement will be “closely” watching voters in order to find voter fraud, something that is virtually non-existent in this country according to multiple studies.

Trump also threatened to punish voters with the maximum prison sentence even though he has no say over sentencing, which falls under the purview of the judicial branch.

Law Enforcement has been strongly notified to watch closely for any ILLEGAL VOTING which may take place in Tuesday’s Election (or Early Voting). Anyone caught will be subject to the Maximum Criminal Penalties allowed by law. Thank you!

This is an intimidation tactic demonstrating that Trump is desperate as Election Day approaches. Democrats are poised and widely predicted to take back the House and could narrowly take back control of the Senate, events that would neuter his presidency and make him the subject of more subpoenas and real congressional investigations.

Mr. Trump: There is “Unpresidented” amounts of voter suppression happening around the country. In Ford County, KS, officials moved the ONLY voting site in #DDC to over a mile out of town. And in #Georgia, the guy running for governor is overseeing the election. What will you do?

“Strongly notified”? Words that could only come from the mouth of the semi-literate. How does that differ from just “notified”? Did the notificaiton go out in ALL CAPS? Lots of !!!!!!!!? Pics of dark skinned folks with guns & knives? UR really dumber than a 5th grader.

This is voter intimidation. #Resign

The rate of voter fraud in the US, according to meticulous studies,
is 0.0003 percent. In other words, as close to non-existent as you could get. That’s why Trump’s own fraud commission was quietly disbanded. https://t.co/Ndatgd4Tdn

Here we go again pulling the Old Scare Tactic about Illegal Voting. It’s Statistically Insignificant and you Know it! 1000s More will be Denied the RIGHT TO VOTE BY @GOP DIRTY TRICKS!

Are Cruz & GOP going to be subject to maximum criminal penalties allowed by law?#VOTEBETO#BETOhttps://t.co/VlBM086TUE

More resources wasted on a thing that don’t exist.
You’re a true #fuckingmoron.#ImpeachTrump

Your daughter Tiffany, Steve Bannon, and Mnuchin were all registered to vote in more than one state in 2016. You get that illegal voting shit worked out yet?

Whoever attempts to intimidate, threaten, or coerce, any other person for the purpose of interfering with the right of such other person to #vote shall be fined or imprisoned.

The president should be encouraging Americans to vote, not trying to scare them into hiding from doing their civic duty. That’s why it’s so important that everyone vote no matter what on Tuesday to show Trump that we are not intimidated by him.