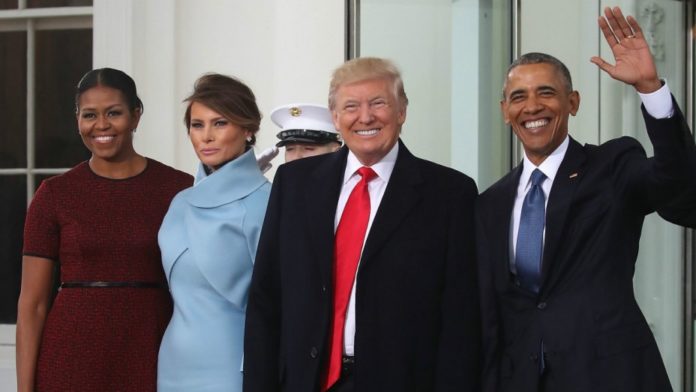 In her new memoir, Becoming, former First Lady Michelle Obama criticizes President Donald Trump for questioning the legitimacy of her husband, Barack Obama’s, birth certificate as part of what became known as “birtherism.”

Mrs. Obama writes that Trump’s comments threatened the safety of her entire family:

“What if someone with an unstable mind loaded a gun and drove to Washington? What if that person went looking for our girls? Donald Trump, with his loud and reckless innuendos, was putting my family’s safety at risk. And for this I’d never forgive him.”

Asked about the remarks from Mrs. Obama as he was preparing to leave for an overseas trip to Europe, Trump resorted to his usual method of response by attacking President Obama, telling reporters:

“She got paid a lot of money to write a book and they always expect a little controversy.”

Elsewhere in the book, Mrs. Obama says she “buzzed with fury” when she saw the “Access Hollywood” tape showing Trump bragging about sexually assaulting women and getting away with it because he’s famous:

“It was an expression of hatred that had generally been kept out of polite company, but still lived in the marrow of our supposedly enlightened society — alive and accepted enough that someone like Donald Trump could afford to be cavalier about it.”