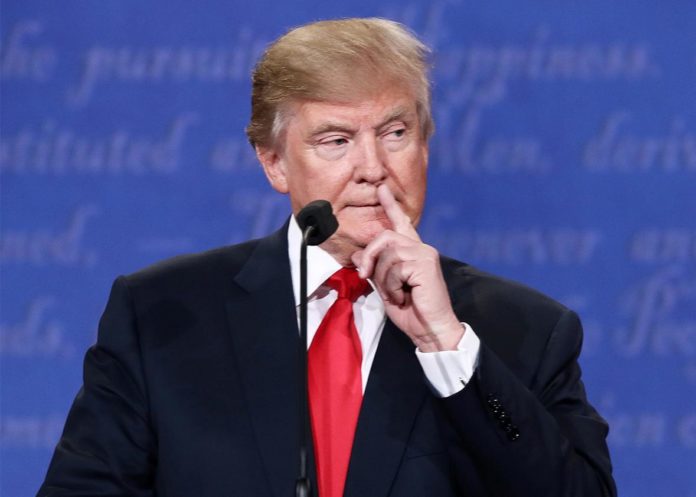 Even though his own Department of Justice has repeatedly said there was no illegal surveillance of his 2016 campaign and that no one wiretapped him, President Donald Trump happily resuscitated that lie during a phone-in appearance on Sean Hannity’s show Wednesday evening.

During the interview, Trump sounded almost giddy as he remarked:

“We will have to find out if they were listening on my calls, that would be the ultimate. If they spied on my campaign, and they may have, it will be one of the great revelations in history of this country.”

Trump also made reference to his handpicked lackey that currently heads the DOJ, Attorney General William Barr, who is now investigating the Russia investigation to determine if there was any wrongdoing by anyone who dared to try and find out if members of the 2016 Trump campaign were in bed with Russia.

The president also suggested that “other countries were involved” in spying on him:

“I think perhaps, just based on what I’m seeing, they used other countries because they didn’t want to get caught doing what they were doing in this country.”

What evidence did Trump provide? None. As usual.

This “wiretapping” claim began two months after Trump took office, and he tried to blame it on his predecessor, Barack Obama, tweeting out:

Terrible! Just found out that Obama had my “wires tapped” in Trump Tower just before the victory. Nothing found. This is McCarthyism!

And earlier this year, the president reiterated his bogus assertion that he had been spied on, and he did it during an interview with Hannity:

“It blew up because they thought maybe I was wise to them. Or they were caught. And that’s why. If they weren’t doing anything wrong it would’ve just gotten by, nobody would’ve cared about it.”

But as The Hill noted in April, both the DOJ and FBI shot down Trump’s conspiracy theory:

The Justice Department confirmed in a court filing the following September that neither it nor the FBI had evidence Trump Tower was the target of surveillance efforts by the Obama administration during the 2016 presidential election.

It would be tempting to call Donald Trump paranoid. But that’s an insult to anyone who genuinely suffers from such an affliction.