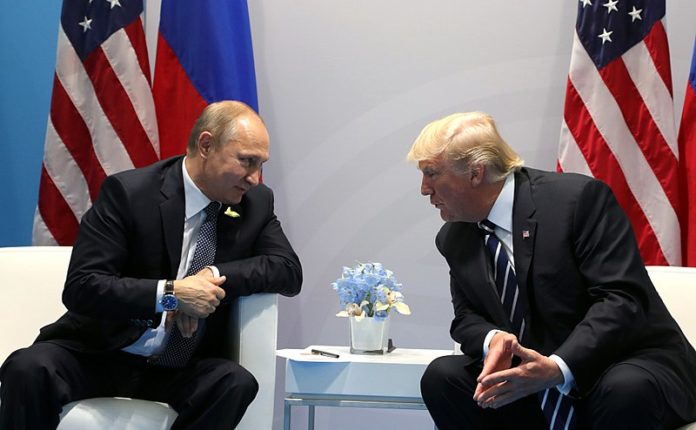 Not long after Rep. Adam Schiff (D-Calif.) criticized President Donald Trump for refusing to call out Russia’s poisoning of a spy, the administration finally enacted the sanctions passed by Congress to punish Russia for interfering with the 2016 Election.

After investigating the recent murder of spy Sergei Skripal and his daughter due to poisoning from a nerve agent, British authorities concluded that it was “highly likely” that Russia perpetrated the attack.

Prime Minister Theresa May strongly condemned Russia and demanded a response from Russian President Vladimir Putin, who is, of course, denying any involvement just as he denies involvement in the 2016 Election hacking that helped Trump become president.

Rather than join our British allies in condemning Putin based on the evidence, Trump and his staffers have refused to do so.

“It sounds to me like it would be Russia based on all of the evidence they have. I don’t know if they’ve come to a conclusion. As soon as we get the facts straight, if we agree with them, we will condemn Russia or whoever it may be.”

Trump refuses to personally condemn Russia over the poisoning of individuals in Britain. Had a Russian nerve agent been used on someone in our country, could we count on on our President to speak out then? What would it take?

Indeed, would Trump condemn Putin for having people killed on American soil? Or does Putin have Trump wrapped so tightly around his fingers that he can do whatever he wants without consequences or rebuke from the White House?

But hours after Schiff’s criticism, the Trump administration finally enacted a series of sanctions Congress passed overwhelmingly months ago designed to punish Russia for interfering with the 2016 Election.

Trump had previously refused to enact the sanctions, resulting in outrage across the country.

According to Agence France-Presse:

“The measures target five entities and 19 individuals — including the FSB, Russia’s top spy service; the military intelligence agency, or GRU; and 13 people recently indicted by Robert Mueller, the US special counsel handling a sprawling Russia probe.

Sanctions were also levied against individuals behind a separate Petya cyberattack and an ‘ongoing’ attempt to hack the US energy grid.”

Putin’s going to be quite upset with his puppet when he learns these sanctions have just been enacted.

Now if only Trump would grow a spine and call Putin out instead of attacking our allies.

Featured Image By The Kremlin Via Wikimedia Commons/CC-By-SA-4.0.