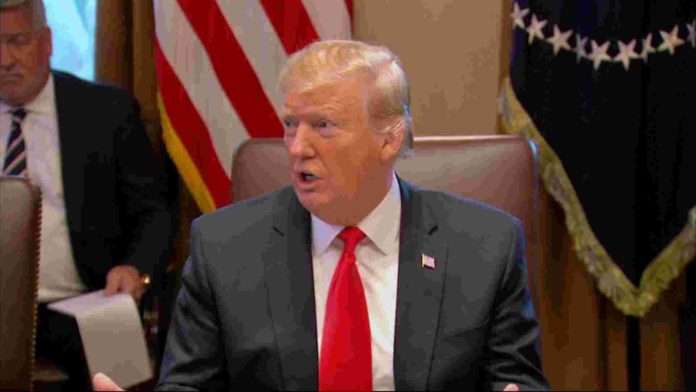 In a Sunday interview with The Wall Street Journal, President Donald Trump signaled that he is unwilling to compromise on the billions he’s demanding for his border wall and will gladly shut down the federal government yet again in three weeks.

While a bipartisan congressional committee is working on deal that will be acceptable to both sides, the president said he was skeptical that the 17 lawmakers would be able to craft legislation that would satisfy him:

“I personally think it’s less than 50-50, but you have a lot of very good people on that board.”

If the bill doesn’t meet with his approval, Trump said he will gladly shutter government offices yet again, admitting that a second shutdown is “certainly an option.”

Asked if he would accept any deal that doesn’t give him the full $5.7 billion he has demanded for the wall, Trump responded:

The president also hinted that he isn’t willing to accept any deal that trades wall funding in exchange for granting citizenship to immigrants brought to the United States as children, known as Dreamers.

The group of 17 lawmakers has been tasked with solving two of the most polarizing issues in the nation: Immigration and border security.

“I’m going to remain optimistic. If you look at the impetus from both sides, the shutdown was a miserable experience for everybody.

“There’s a lot that tells me we may not get there, but there’s more that’s telling me we have the urge to demonstrate we can reach a consensus or we’re signaling to the American people there’s going to be two years of this [fighting] all of the time.”

If Congress is unable to reach a deal that is also acceptable to the White House, Trump has said he’s willing to declare a national emergency and begin construction of the wall using funds he diverts from other federal programs. However, such a move would immediately be challenged in court, meaning the president would still be unable to keep his promise of building a wall on the border with Mexico.