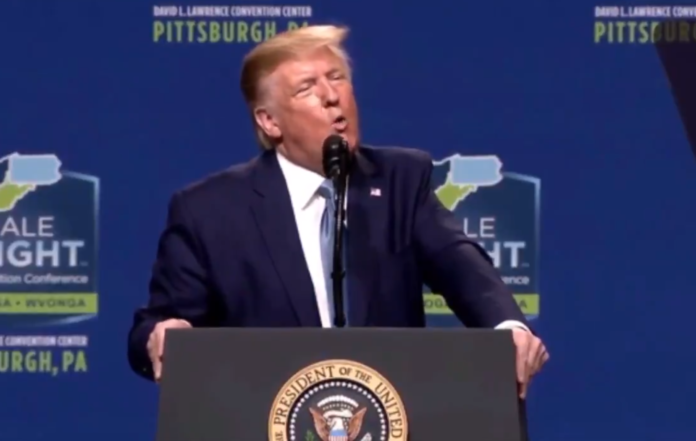 Speaking in Pennsylvania on Wednesday, President Donald Trump proudly bragged that his long promised border wall was coming along nicely.

And then things got downright weird.

As HuffPost notes, Trump said that portions of the border wall were being built in Colorado:

Of course, there’s one giant problem with such a plan: Colorado isn’t on the U.S.-Mexico border. Instead, it borders New Mexico, which also happens to be a U.S. state.

The governors of the two states said they were unaware of any wall between Colorado and New Mexico, with Jared Polis (D) of Colorado noting:

And the press secretary for New Mexico Gov. Michelle Lujan Grisham (D) let rip with this:

“Wouldn’t surprise me if he really did forget about a state that he lost by such a significant margin, especially when that seems to be the only thing of importance to him and given that he can expect more of the same in 2020. No one wants his wall, whether it’s on the Mexican border, the Colorado border, or the Canadian border.”

Given Trump’s propensity for never admitting he’s wrong about anything (remember Sharpiegate, when he drew on a map to make it appear he’d been right about the path of a hurricane?), Senator Patrick Leahy (D-VT) warned we might be seeing the same thing in the near future: