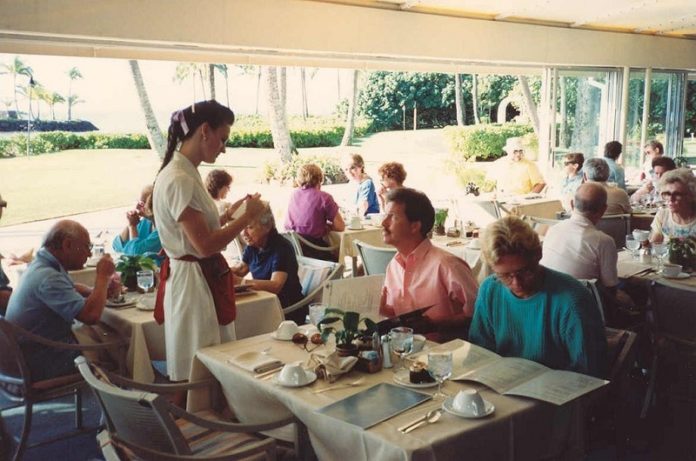 The Trump administration is trying to make it legal for restaurant owners to steal tips from wait staff and tipped workers. The minimum wage for tipped workers is $2.13 per hour. Workers are expected to make up the difference in gratuities (tips) to ensure that they receive the federal minimum wage of at least $7.25 per hour. If wait staff does not meet the minimum wage with the combination of tips and the $2.13 per hour, restaurant owners are required to make up the difference to ensure that the least amount they make is the federal minimum wage.

This is an issue about income inequality. It’s a race to the bottom. Maybe workers were making $15 an hour after tips, now they could just make $7.25.

If the Obama-era rule that restricted restaurant owners from collecting tips in a general pot and doling them out as they determined was “fair,” waiters and waitresses will no longer be able to count on earning extra tips. This will greatly impact the people who can least afford to take the hit to their livelihood. National Employment Law Project senior counsel and former Obama administration solicitor of labor, Patricia Smith, stated:

Given the history, that there are some employers that steal tips already, this is a way of doing what they have been doing, but it becomes legal.

Because of the way tipped staff are paid, some restaurant owners claim that they would rather pay the federal minimum wage of $7.25 per hour and pool tips to share the gratuities with “back of the house” employees. The cooks and dishwashers are already paid the federal minimum wage, so tip sharing would be a raise in wages for them.

Previously, under the Obama administration, the Labor Department determined that tips belong to the employees, even when the restaurant owner chose to pay the non-tipped minimum wage. Those regulations also made it illegal for restaurant owners to pool tips. Even with tips, the average hourly wage for wait staff is $9.61 and the “top 10 percent of all earners in their profession take home $38,460 per year.” These people, who work long hours on their feet serving others, are not getting rich off tips.

The National Restaurant Association has been fighting an increase to the national tipped wage. They are a powerful lobbying arm and are more concerned with increasing profits for restaurant owners than ensuring that wait staff can feed their own children. While pooling tips might help the workers in the back take home more money without additional expense to restaurant owners, the loss of wages by wait staff could be devastating.

A group advocating for increased wages for restaurant workers, Restaurant Opportunities Center United, weighed in on the issue via co-founder Saru Jayaraman:

Consumers wouldn’t know that tips are going to the employer. If the employer pays the full minimum wage, then tips are allowed to be shared with the back of the house, that might be OK, but this regulation goes beyond that. It says it’s possible for employers to walk away with the tips and not give them to anybody.

Tip theft is not a new problem. Tip and wage theft are very serious issues in an industry where it has been estimated that workers lost total wages exceeding $50 billion in 2014. That figure is higher than combined robberies and other property crime losses. In 2012, only around $1 billion in stolen wages and tips was returned to workers. Jayaraman stated:

With the history of unfairness and outright theft in the industry, it is quite possible that if the Obama-era gratuity protections are removed, the restaurant industry might want to start pooling their increased profits into research and development of robotic waiters — because no one is going to want to provide over-the-top customer service to earn a larger tip if it gets given to the dishwasher and the cook.

Featured image from Wikimedia Commons under CC BY 2.0