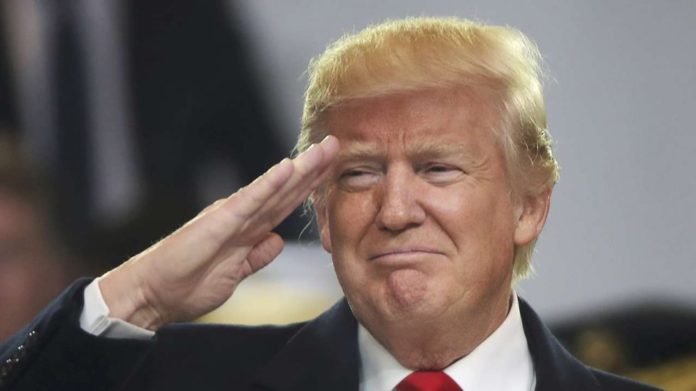 The Trump administration is looking for a legal way to send what amounts to a volunteer mercenary army to the U.S.-Mexico border as part of their larger strategy to bolster the case for the president’s national emergency order.

With border arrest numbers on the rise, the Trump administration has been “casting about” for ways to devote additional resources to stem the flow of migrants, according to a DHS official familiar with the discussions.

And while the idea of volunteer army is said to only be in the exploratory phase at this point, Department of Homeland Security (DHS) officials are questioning the need for such a drastic move:

Translation: The volunteer army is little more than window dressing, and it may also be in direct violation of the Constitution.

Trump has sent members of the U.S. military to the border in recent months:

To date, the Trump administration has deployed to the southern border hundreds of additional agents from its 19,443-strong Border Patrol force. It’s also sent 6000 active-duty and National Guard troops. Yet even though border crossings remain well below their peak levels during the 1990s and early 2000s, President Donald Trump judges efforts to stem illegal immigration to be insufficient.

Just the fact that the administration would be seeking to muster such a volunteer border army comes just days after Trump said in an interview with Breitbart that he had members of the police, military, and biker groups on his side in case he needs them:

If there was any doubt remaining that this president views himself as an absolute dictator who will do anything and everything to intimidate or harm those who dare to investigate and oppose him, the idea of an army with loyalty only to Donald Trump should disabuse you of that notion.