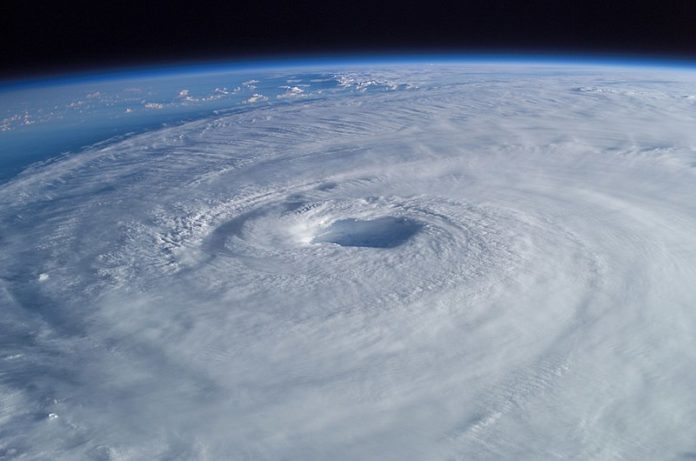 In a new episode of “Just How Stupid is President Donald Trump Anyway?” the man who calls himself a “genius” actually asked his staffers at a meeting if he could use nuclear bombs to stop hurricanes.

Trump has been obsessed with using nuclear bombs since the 2016 Election when he refused to rule out using them against Europe. He has also threatened to use them against North Korea and Iran.

And as hurricane season began this year, Trump reportedly returned to his idea of using nuclear weapons as a solution to any major problem.

“I got it. I got it. Why don’t we nuke them?” Trump asked according to one source who spoke to Axios. “They start forming off the coast of Africa, as they’re moving across the Atlantic, we drop a bomb inside the eye of the hurricane and it disrupts it. Why can’t we do that?”

Scientists already agree that using nuclear weapons to stop hurricanes won’t work and is a terrible idea. Had Trump bothered to read one of the few government information pages he hasn’t ordered deleted yet he would know that the National Oceanic and Atmospheric Administration has already debunked the idea.

“Apart from the fact that this might not even alter the storm, this approach neglects the problem that the released radioactive fallout would fairly quickly move with the tradewinds to affect land areas and cause devastating environmental problems,” NOAA said. “Needless to say, this is not a good idea.”

In fact, the idea has been repeatedly dismissed since it was first brought up in the 1960s.

Several hurricanes form in the Atlantic every year. Nuking every single one of them to stop them, even if it could work, would be suicide. The ocean is already dying as it is. That last thing it needs is to be irradiated by nuclear fallout.

Most of the staffers were taken aback by Trump’s question, but merely appeased him by promising to look into it.

However, one administration official had the gall to defend him.

“His goal — to keep a catastrophic hurricane from hitting the mainland — is not bad,” the official said. “His objective is not bad. What people near the president do is they say ‘I love a president who asks questions like that, who’s willing to ask tough questions.’ … It takes strong people to respond to him in the right way when stuff like this comes up. For me, alarm bells weren’t going off when I heard about it, but I did think somebody is going to use this to feed into ‘the president is crazy’ narrative.”

Not just crazy, but brainless. It’s understandable that Trump would want to stop hurricanes, After all, his response to the aftermath of them has been embarrassing. But nuking them is plainly absurd and the idea is just more proof that Trump is unfit for office.

Of course, Trump would go on to deny it saying what he reportedly said.

The story by Axios that President Trump wanted to blow up large hurricanes with nuclear weapons prior to reaching shore is ridiculous. I never said this. Just more FAKE NEWS!

You know, because a man who looks at a solar eclipse and denies climate science couldn’t possibly be stupid enough to think nukes can stop hurricanes.