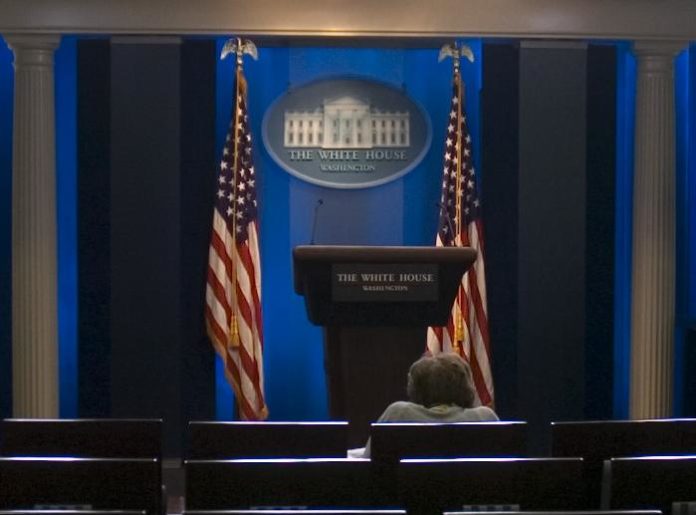 It appears that the White House orchestrated the revocation of CNN reporter Jim Acosta’s press pass just so President Donald Trump could make up new rules to keep the White House Press Corps from asking questions.

Follow-up questions have been a fixture at press conferences for decades as journalists seek to hold politicians accountable for their words and actions.

But when Acosta attempted to ask a follow-up question earlier this month, Trump attacked him and then revoked his press pass, resulting in a lawsuit that forced him to give it back because Acosta was not afforded his right to due process after being accused of behaving inappropriately during the press conference.

As you may recall, the White House had the audacity to share a doctored video to accuse Acosta of assaulting a White House intern who forcibly attempted to take a microphone away from him, an accusation the White House abandoned when CNN took Trump to court.

Acosta’s press pass has been restored, but Trump is using the charade as an excuse to enact new rules that will turn press conferences into an even bigger joke than they already are due to Trump and his cronies’ unwillingness to answer questions or tell the truth.

First, journalists are only allowed to ask one question, which will probably either be ignored or answered with a lie that can’t be called out because reporters are now barred from asking follow-up questions unless given special permission to do so.

And any attempt to ask that follow-up question will be punished by suspension or revocation of press passes.

Per White House letter to Acosta on Nov. 19, here are the new rules for press conferences at the White House. pic.twitter.com/a6C2pmLv2K

Again, follow-up questions are crucial to good journalism and holding those in power accountable. So, these new rules amount to nothing more than an assault on press freedom and transparency.

These rules set the stage for Trump to limit press freedom on a whim if he doesn’t like what a reporter is asking him. Reporters may be less likely to challenge Trump’s response with follow-up questions for fear of being banned from the White House. These rules must be condemned by all news organizations and resisted. The White House literally manufactured an incident between Trump and Acosta so they could use it as an excuse to enact new rules that prevent reporters from doing their job.

The new rules have nothing to do with Acosta or “bad behavior” and everything to do with controlling the press and paving the way for Trump to become more like the dictator he has always wanted to be.